After This Kimmel Appearance, Please Put Megan Stalter on Late Night More Often (or Just Give Her a Show) 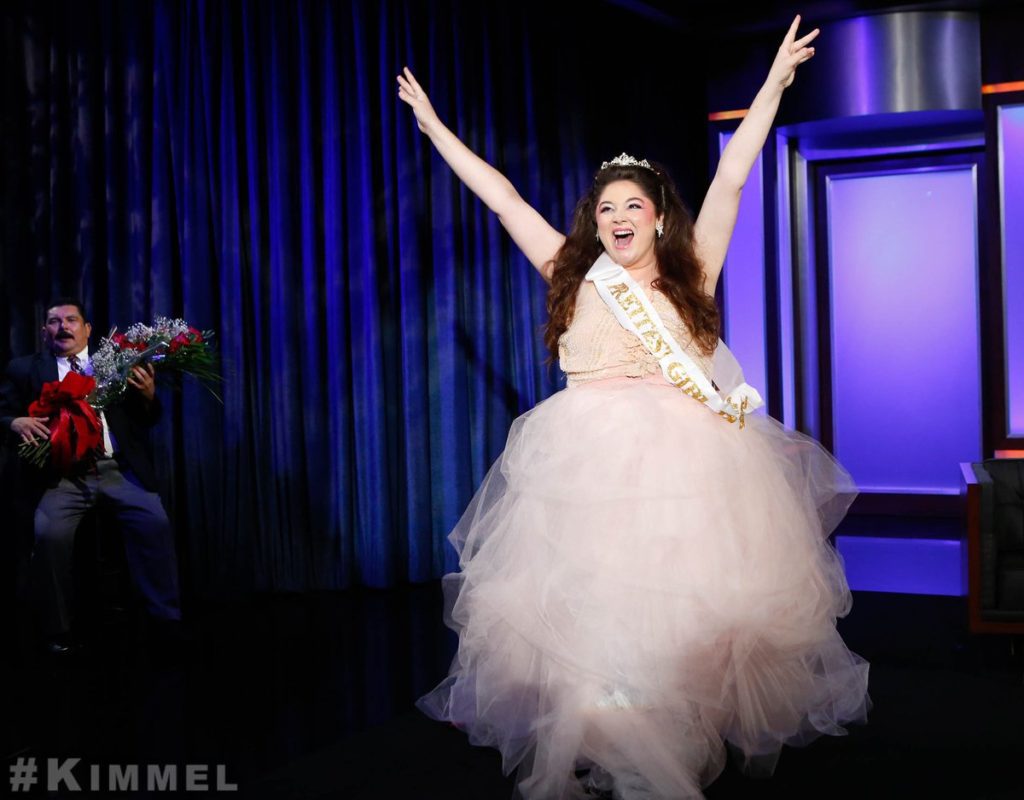 There is a small cadre of folks that get how to do a late night panel appearance. Often, they usually involve doing a bit from out of left field separate from the perfunctory interview that is aimed at promoting something that they’re doing. Eric Andre, Adam Pally, and Will Ferrell are particularly aces at this.

Now, it would seem we have a brand new entrant into the club with Megan Stalter’s joyous debut late night appearance on Jimmy Kimmel Live! as she dazzled the Kimmel audience and guest host Maren Morris by entering as the “Prettiest Girl in the World”. The chaotic good that Stalter exudes in her comedy is pretty perfect for the late night couch (or would even be pretty great behind the desk) as you can see in the interview here.

Between her stand-up, Hacks, and appearances like these, it seems pretty clear to us that Stalter should get her own show in the very not so distant future (or at least make the rounds on all of late night).