Pick of the Day: Low Key Outside Year Anniversary 7/28 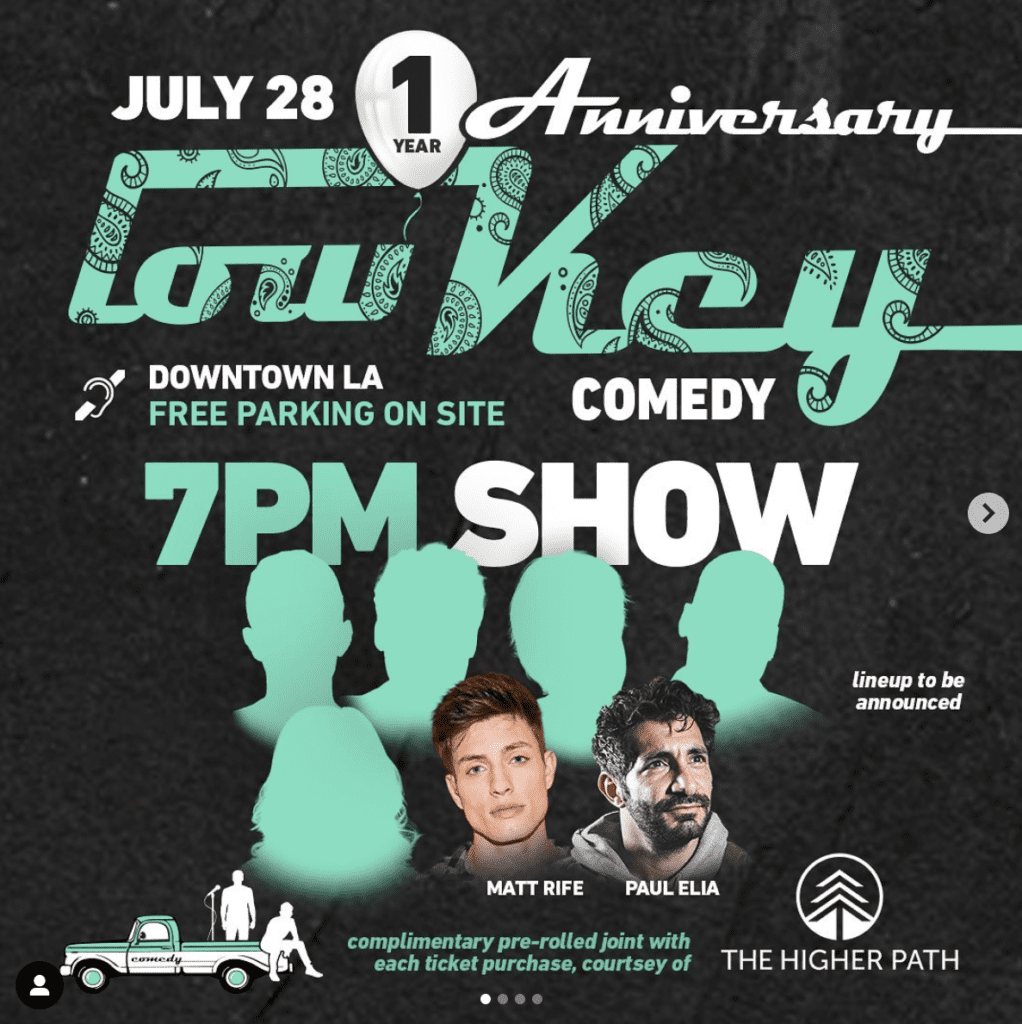 At various places around LA (and sometimes outside of it), for a year, Paul Elia and Matt Rife have held down outdoor comedy under the banner of Low Key Outside. In this era of live comedy that had to take place during pandemic, they’re celebrating making it to a year with beloved show (it has been packed as long as we have been aware of it).

That’s especially impressive considering many live show don’t last a year even without a pandemic.

So, Paul and Matt are marking a year of Low Key Outside in an outdoor space in Arts District, a neighborhood that somehow got even hipper during lockdown at 411 S. Hewitt St., Los Angeles, CA on Wed. Jul. 28th at 7PM PT. They haven’t announced the line-up yet, but we have no doubt that they’ll pull in as stacked of a line-up for their first year anniversary.

Tickets are on sale right now, starting at $30, and you can and very much should go get them here.