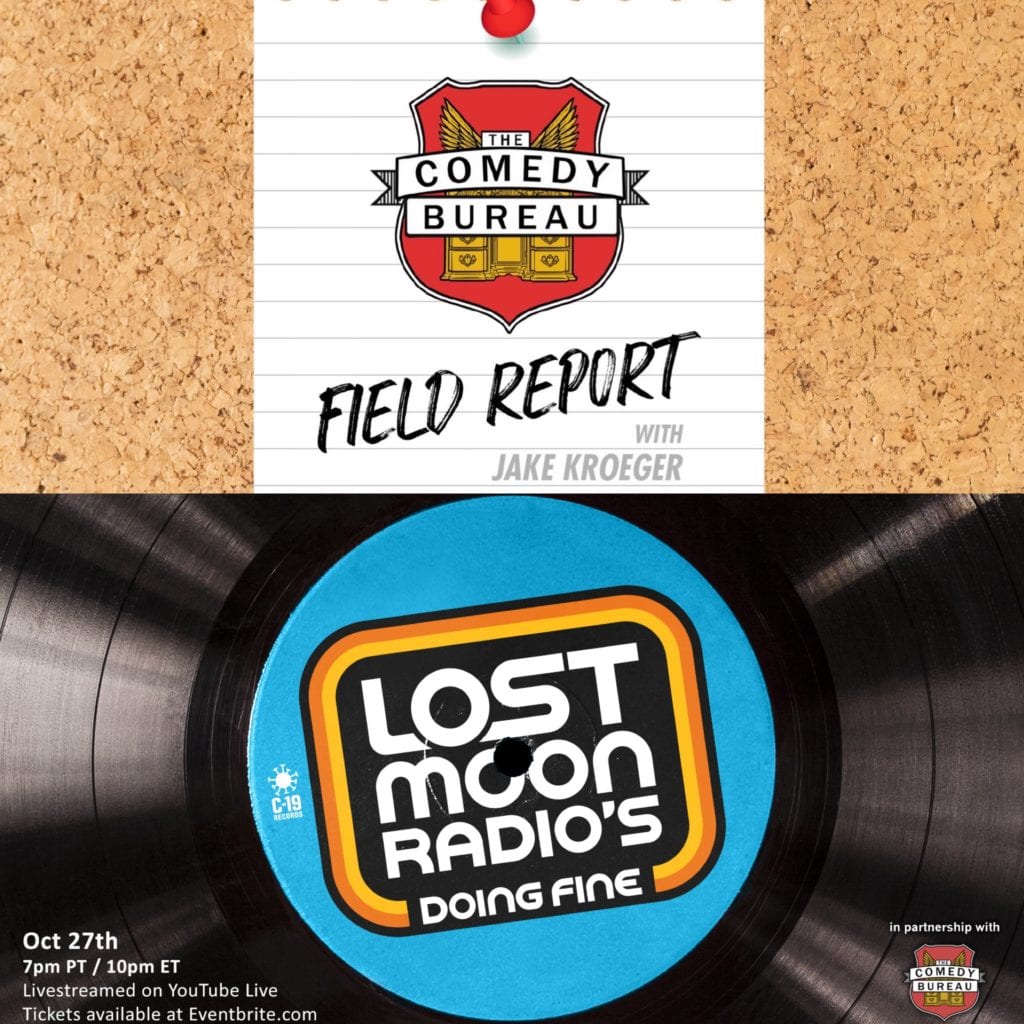 Lost Moon Radio, for our money, has long been a paragon of what a comedy group can be. Part high concept sketch comedy, part live musical comedy, part respected theater company, Lost Moon Radio has been putting on their runs for their one-of-a-kind live shows up in and around LA for over decade and, in this dire time of quarantine, they’re marching forward and doing a very special virtual edition called Lost Moon Radio’s Doing Fine (which we here at TCB happen to be proudly co-presenting) on Tue. Oct. 27th at 7PM PT/10PM ET. LMR’s Dan Oster and Ryan Harrison zoom with TCB’s Jake Kroeger to detail Lost Moon Radio’s journey as a big, happy comedy group dealing with these times of COVID-19 and how they came to doing a virtual show (and how they’ll pull it off). They also give some “hot” takes on the newly minted Best Presidency Ever and Adult Swim’s second virtual festival during lockdown.

Also, Jake had to get an emergency appendectomy over the weekend and thus had some hiccups throughout the episode. You’re welcome.