A Little Late with Lilly Singh and It’s 1:30AM Timeslot Ending in June 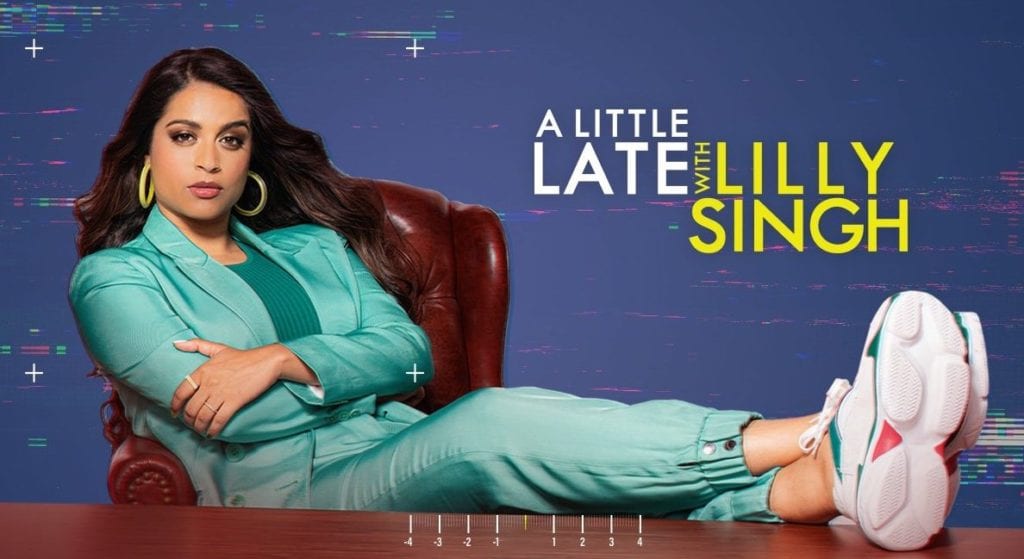 June is shaping up to be time for upheaval in late night.

In addition to Conan’s last episode on TBS airing, Lilly Singh and her own late night talk show over at NBC, A Little Late with Lilly Singh, is getting the ax and that time slot that was owned by Last Call with Carson Daly for years, then handed to Singh, is also going to be closed off from any sort of original programming. That will leave NBC with two nightly late night shows instead of leaving them as the only network with three back-to-back-to-back.

Maybe they’ll come around again to having a trio with The Amber Ruffin Show if that ever becomes nightly?

That indeed means that the scales in late night representation get tipped back a little in favor of white men (especially since Fox News introduced their own reactive, for-conservatives late night show Gutfeld! just a few weeks ago). Singh will still be working up the Comcast NBCUniversal umbrella with a first-look deal and a series with TV comedy power player, Kenya Barris, already in development.

Singh’s 1:30AM time slot was a hard one to wrangle with, especially with so much of late night being consumed on YouTube rather than traditional linear Nielsen ratings. In fact, it was curious to us that NBC tried to fit Singh, a YouTube sensation, on to a somewhat traditional talk show format rather shooting for more of what she did during this pandemic by doing bits and chats from her house.

All in all, this is part of the ongoing shake-up in late night that, largely, is saying quicker and quicker goodbyes to the old ways and even more quickly trying to figure out what’s next. Maybe PAUSE with Sam Jay is the answer? We fortunately won’t have to wait until June to maybe find out (PAUSE premieres on Fri. May 21st).