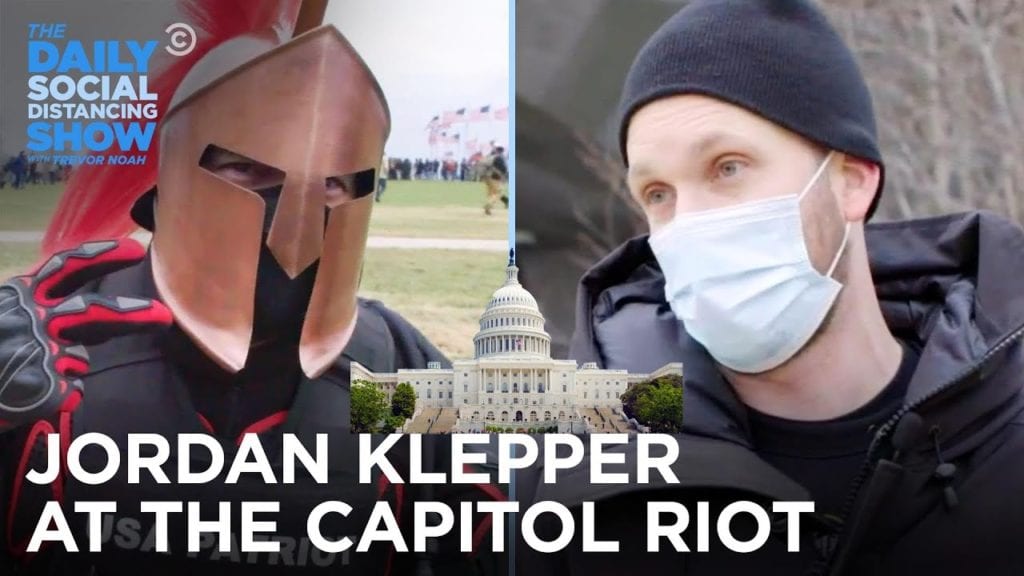 By now, we hope you’ve come to a point of grasping the full scope of last week’s terrorist act incited by the current POTUS (hopefully, that will have changed relatively soon after this post has been made) against the U.S. Government at Capitol Hill in Washington D.C. It’s yet another very dark historical moment in an on-going streak of dark historical moments during some of the worst years of our lives.

As such, The Daily Show with Trevor Noah wanted to get in on what the hell was going through these seditious folks’ heads before they committed an insurrection against the country they supposedly stand for. The levels of idiocy and ridiculousness seem to know no bound here, which is why Daily Show correspondent Jordan Klepper masked up and attempted to chat any one of these amateur terrorists before they stormed Capitol Hill.

Klepper made an exit before this became a gonzo-journalism piece, but shining a light on the sheer absurdity before the coming chaos is crucial (no other late night show, to our knowledge, got a remote segment from last week’s ordeal).

There’s gallows humor to be enjoyed here, but there’s also a very clear look into who these folks are (and how little sense of humor they currently have).