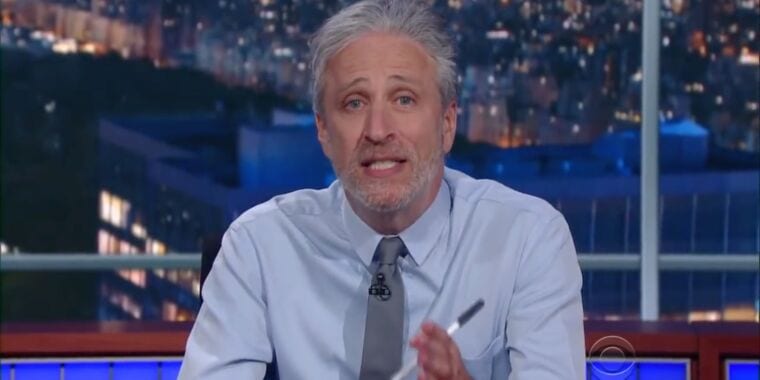 Jon Stewart handed over the keys to The Daily Show to Trevor Noah in 2015, which many folks found strange considering that’s when Trump was ramping his presidential campaign around then. Stewart took time away from hosting anything or appearing on anything for that matter. There was the occasional cameo on The Late Show with former Daily Show with Jon Stewart correspondent Stephen Colbert, but Stewart has spent the majority of his time with his family, engaging in advocacy for various causes like benefits for first responders, and trying his hand at directing with Rosewater.

Now, at the potential dusk of Trump’s presidency, Jon Stewart is set to return for a brand new series that he will indeed host and EP over at Apple TV+. It’ll be topical, be one hour, and be more broadly focused rather than making fun of cable news as was the nightly mission during his tenure at The Daily Show. Late night and political/topical comedy has vastly grown and changed since Stewart had the reins to his own show, but it will be undoubtedly one of the highest profile returns to TV in recent memory.

As to whether Jon will keep the beard he has maintained since his exit from Comedy Central, that has yet to be announced.