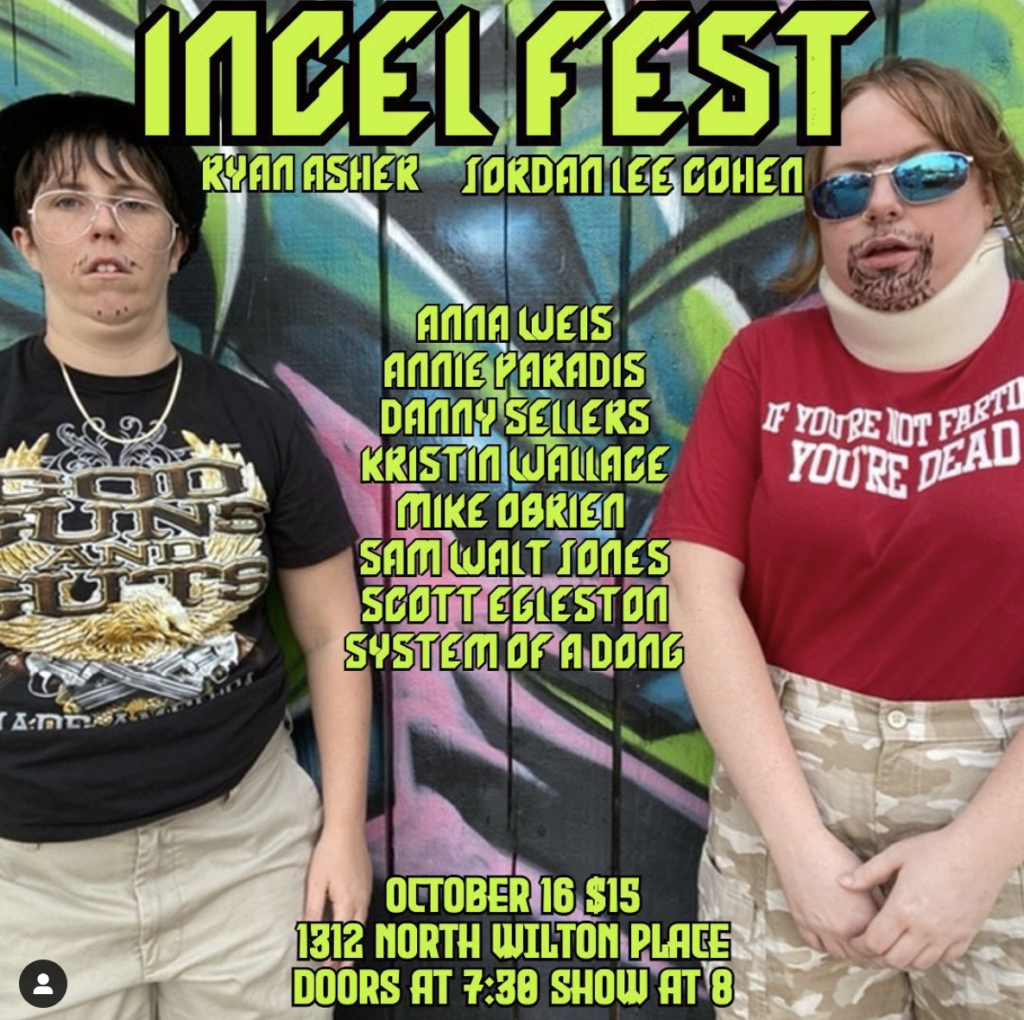 So much of live comedy right now has been stand-up comedy, primarily as it was one of the easier types of live performance to pull in regards to COVID-19. That said, for much of the time that stand-up comedy has been inching its way back, there’s a lot of amazing improv, sketch, character folks that has been hanging in limbo.

Thankfully, with vaccination mandates in place, there’s a bit more of a window to do more sorts of comedy including some of the stranger, hysterical, category-defying things as will very likely be done at this weekend’s Incel Fest in Hollywood.

Ryan Asher & Jordan Cohen are assembling a lot of LAs funniest, best weirdos for a “demented night” of comedy (where, in truth, there will probably be zero incels and mostly just ingenious bits and characters). Still, Mike O’Brien, Scott Egleston, Annie Paradis, Annie Weis, Danny Sellers, Sam Walt Jones, and System of a Dong should make Incel Fest a night seared into your brain for how wild (and hilarious) it will be.