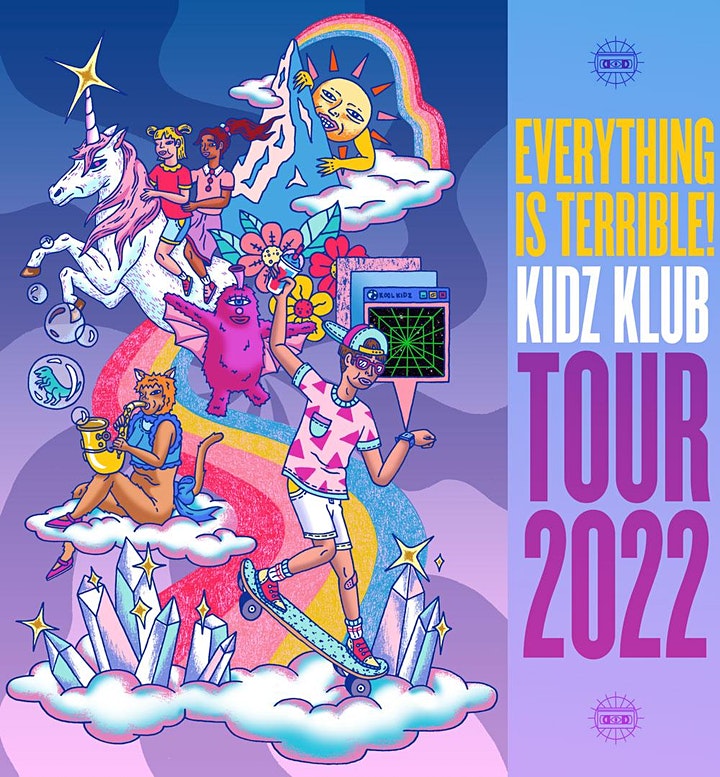 The last two years have been some of the worst on record for everyone alive right now (if they are not actually, in fact, the very worst). The hours are ticking away in America to greet 2022 and the normal sort of routine fanfare that comes with New Year’s Eve is, at this point, unsurprisingly not at the fever pitch that it has been in, perhaps, 2014.

With that in mind, perhaps the thing to look forward to is video and performance art collective Everything Is Terrible! going on tour with slicing, dicing, and mashing up all the weirdest bits of DVD and VHS ephemera they could possible find into a hilarious, mind-bending, absurdist dream scape. This specific outing by EIT, The Kidz Klub Tour, will be grinding up the best of media from decades past that was engineered for kids, but has not aged all that well.

Also, above everything else, isn’t it fitting to look forward to something called Everything Is Terrible (though rest assured the show will be an amazing trip fantastic through the overlooked nostalgia of our youth and not literally terrible). EIT will be stopping through both LA and NYC this February (so, it’ll likely still happen).

Everything Is Terrible’s The Kidz Klub Tour will hit the Lodge Room in LA on Thurs. Feb. 3rd at 8PM PT with tickets for $22 and the Bell House on Sat. Feb. 26th at 7:30PM ET & 10:30PM ET with tickets for $20 a pop. Go get them now while everything still feels terrible and make yourself, consequently, feel a little less terrible.