Pick of the Day: Every President Ever: Together Again: INAUGURATED WITH A VENGEANCE 1/19 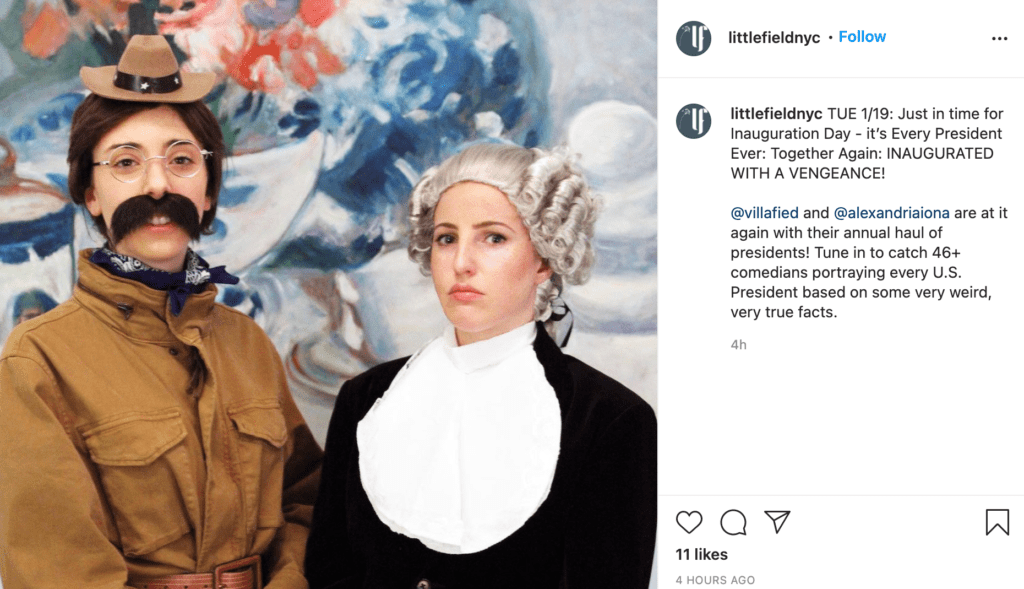 Following yesterday’s latest news, it’s kind of hard to look forward to anything while still in the daze of what was one of the darkest days of a long period of dark days in our current history.

Yet, it would seem a comedy show about the darker facts about every U.S. president might be the perfect thing to come about right now. Kate Villa and Alexandria Iona’s Every President Ever: Together Again: INAUGURATED WITH A VENGEANCE is exactly that show. They will feature 46 different comedians presenting things that you might not know about (since, like Andrew Jackson’s presidency, to the victor goes the spoils, right?). Even if you’re suspicious enough of the government that you’ve looked some dirt on POTUS of years past, this still ought to be a rollicking good, satirical time.

This virtual character show is being presented by the lovely folks at Littlefield NYC and is set for right before Joe Biden’s Inauguration as the 46th President of the United States on Tues. Jan. 19th at 5PM PT/8PM ET. Tickets are available for $5 suggested donation and you can and should go get them here.