Eddie Pepitone’s Latest Hour Special “For The Masses” Due Out on Jun. 23rd 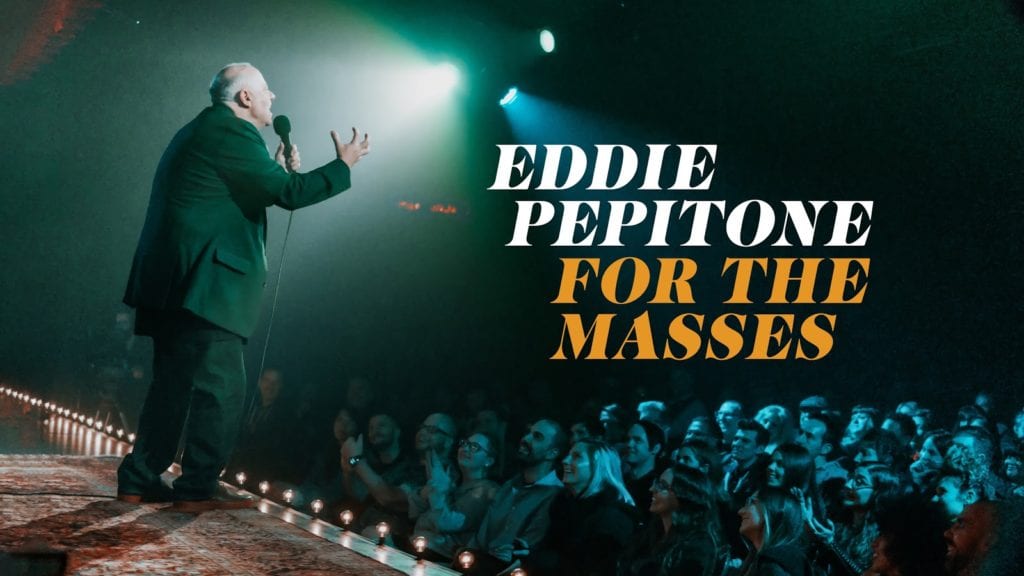 May 28, 2020 News comedy special, eddie pepitone, for the masses, stand up comedy

Last year, we bore witness to the furious comedic majesty that is the words, bits, rants, asides, meta commentary, and righteous yelling that is the stand-up of one, Eddie Pepitone for his latest special, For the Masses. We don’t want to get into too much detail as the release of the special and album is just about a month away.

We will say that this special and, well, Eddie Pepitone might be one of the comedic voices you’d most like to hear right now. Undeniably funny, incredibly self-aware, but oh-so cathartic, Eddie Pepitone always manages to spread joy while screaming his thoughts/tweets on the top of metaphorical mountain. For The Masses, directed by Steven Feinartz, captures that spirit.

We’ll keep you in the loop as the release looms closer, but mark done Jun. 23rd for the premiere/release of For The Masses from 800 Pound Gorilla.