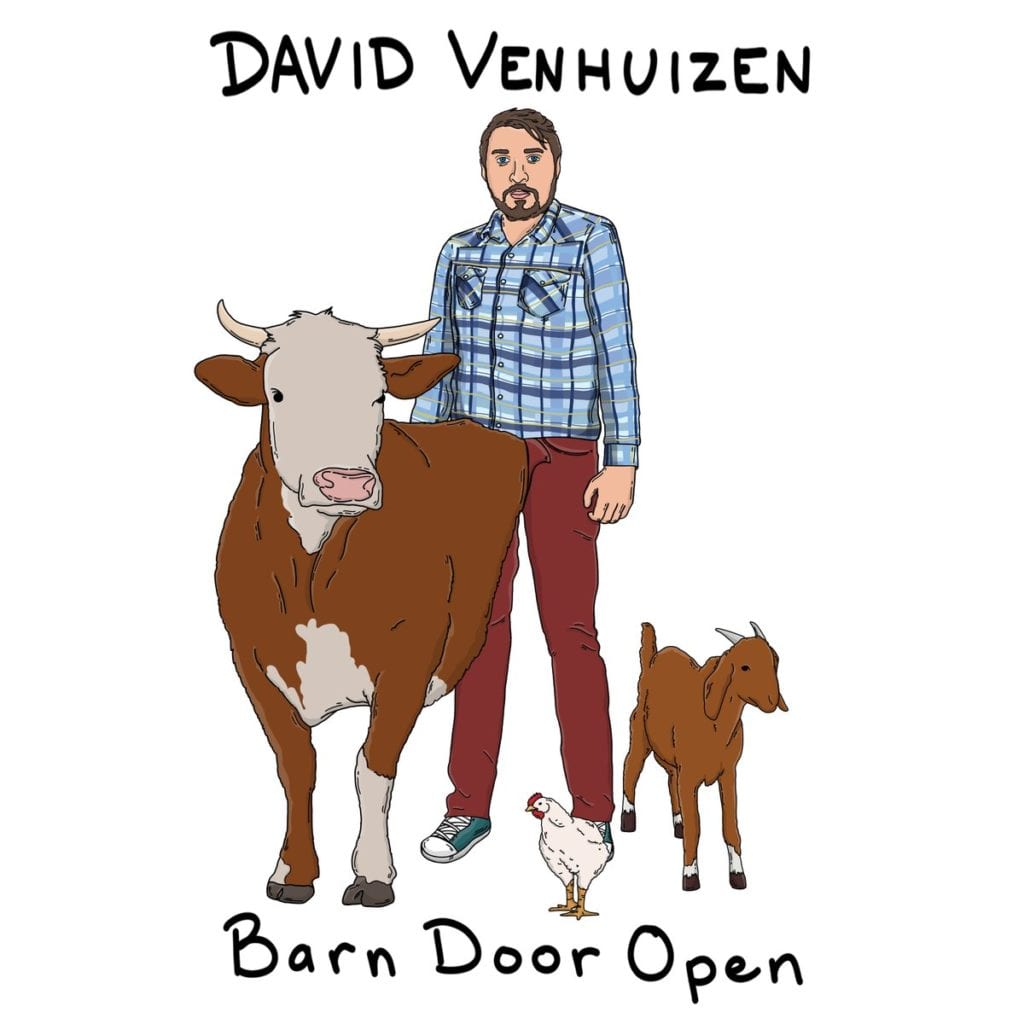 David Venhuizen has always stuck to his guns of being one of the abjectly sillier comedians in the LA scene for as long as we’ve seen him go up. His commitment to his bits, never breaking is something to behold.

While listening to this debut album, Barn Door Open, we were reminded of that fact that in the 10 or so years that we’ve seen Venhuizen go up around town, we’ve never seen him break even though the progression of his bits are so absurd and out of nowhere and truly go to places that you don’t expect. Often, he’ll start from a very grounded, organic place of very specific observations of his life, but David then oscillates to something fantastical or meta or even shout a rant that’s also joyfully out of left field.

Thus, Barn Door Open, really is a journey of a comedy album that will definitely make you enjoy forgetting about getting to any sort of destination (though there is one and it usually is very silly even when Venhuizen gets vulnerable near the end of the hour).