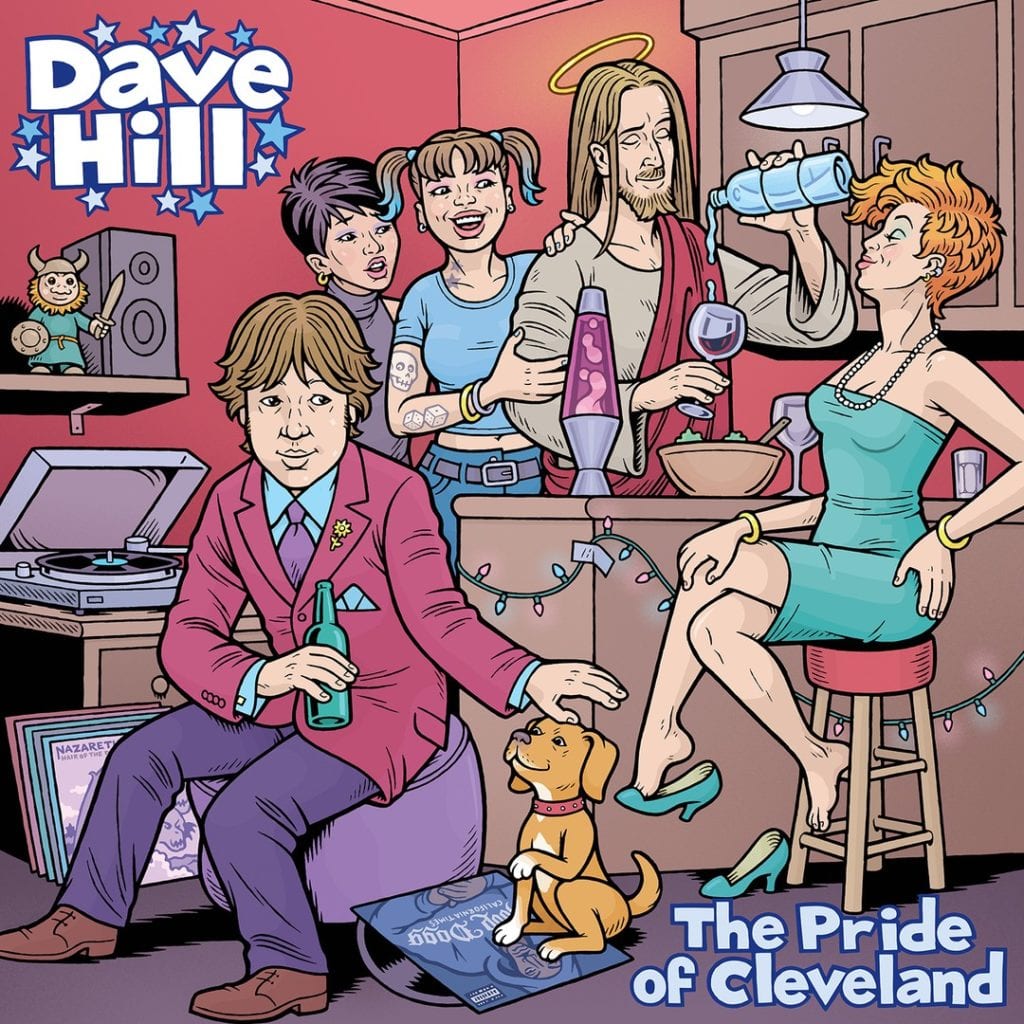 Dave Hill truly is a renaissance man (even dressing as classy as a renaissance man should). Thus, his comedy has always presented a plethora humorous riches blending his gifts in being a stand-up comedian, a raconteur, a poet, and having killer chops when it comes to playing a guitar.

The Pride of Cleveland, Dave’s brand new album marvelously showcases how Hill orchestrates an entire comedic experience with seamlessly weaving between music, riffing, stories, bits, jokes, asides. His playful, animated charisma really shines in the hour and is the key ingredient in bringing every corner of Dave’s comedy together for this hour. Even when he makes fun of his band while jamming with them or is self-deprecating while effortlessly pulling off a hot lick on his ax during a story about opening for Snoop Dogg or dives into abjectly silly geographically specific pick-up lines, Dave’s jolly persona remains. Truly, we were guffawing the whole way through.

Dave Hill’s The Pride of Cleveland is out now from 800 Pound Gorilla Records. You can and very, very much should pick up the album here.