May the Joyous Chaos of Conan O’Brien Live On 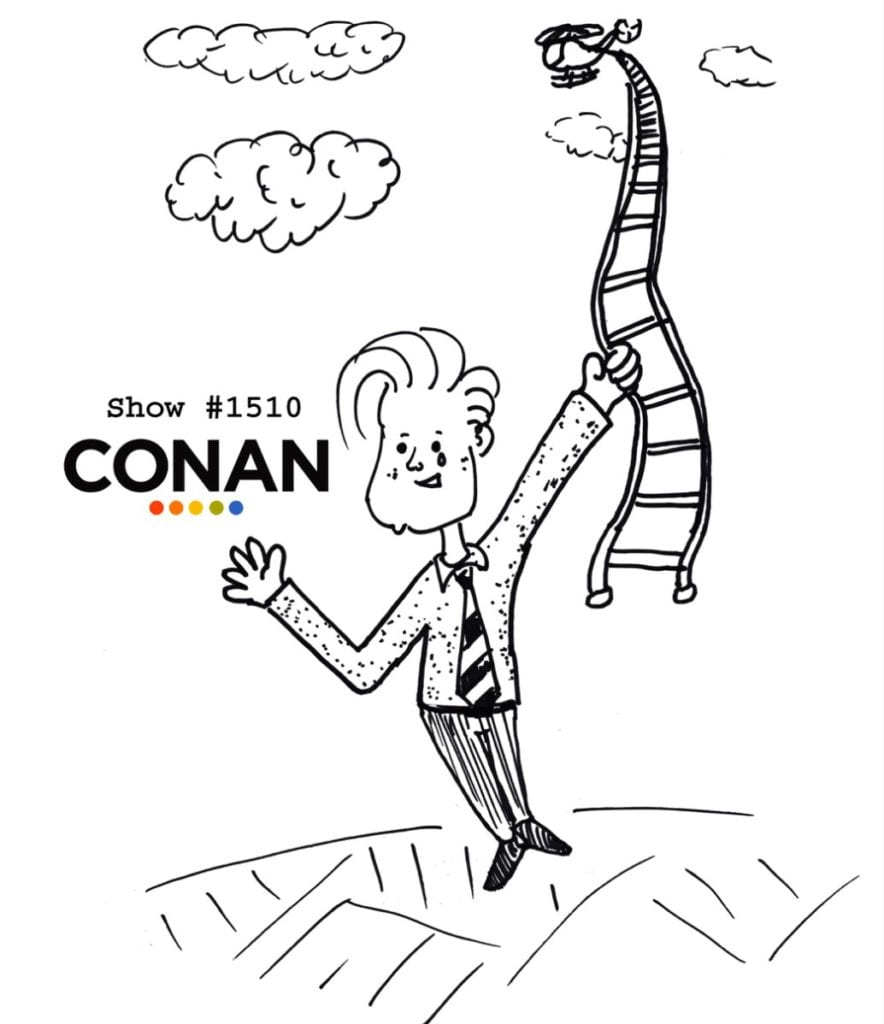 We don’t personally know Conan O’Brien and have only been to one taping (although it was a doozy-The Tonight Show with Conan O’Brien with Norm MacDonald and Jim Gaffigan as guests), but the spirit that Conan exudes in the art form of comedy has been one that has been crucial to our perspective in and our love for comedy.

From the very first episode of Late Night with Conan O’Brien to this week, Conan has been, arguably, more dedicated to the actual comedy of the late night format than anyone else in late night. It has been pointed out by several folks that O’Brien tows a very apolitical line that distinguishes him from Colbert and Seth Meyers, but Conan’s unwavering irreverence, for us, has made him stand out even further from the rest of the pack. Just last night, Dana Carvey ran new bits in the penultimate episode of Conan and we’re pretty sure that only O’Brien is the only one that would revel in it.

In fact, Conan has been so willing to let chaos ride at any part of the show throughout Late Night with Conan O’Brien, The Tonight Show with Conan O’Brien, and Conan. Often, he would encourage it whether it was ripping apart a monologue joke that bombed, stretching out a sketch or bit, or even going meta by doing replay of a moment during the show or keep the camera on a sketch player that was supposed to have died to see how long they would play dead. It’s that sort of joyous chaos that has inspired a generation of comedy, even though Conan would probably say that he’s carrying the torch from David Letterman.

Even at the twilight of his talk show run, Conan is still one of the most innovative late night talk shows hosts who, at the moment, went out of his way to do his show out of the studio, out of the country, and built a podcast empire that no other late night talk show can boast. Again, his gut instinct to go for the funny has seen him through so many transformations, but kept Conan’s shows and content in his splendidly ridiculous wheelhouse.

To that point, we can’t really think of another person in all of comedy where they could be just be put in a normal, everyday situation and go from 0 to 60 with bits like Conan O’Brien. There are so many of his famous remote segments where he would be at a deli or a florist or taking language lessons that had no sort of stakes or conflict or tension and Conan would always find a way to the funny. Truly, that’s artful mastery in comedy if you’re ever to consider what “excellence” or “outstanding achievement” (or whatever other monikers they give comedy awards for) really means.

We don’t know what lies ahead for both Conan O’Brien and late night (though we do hope that there is a whole lot more of Desus & Mero and Ziwe), but we very much hope that the madcap exuberance of him and his comedy live on through several generations of shows, comedians, bits, and the clones of Jordan Schlansky (he is an android after all, right?