Netflix to Release Extended/Remixed Version of Chris Rock’s Tamborine (Because Maybe They Don’t Have Very Many New Specials on Deck?) 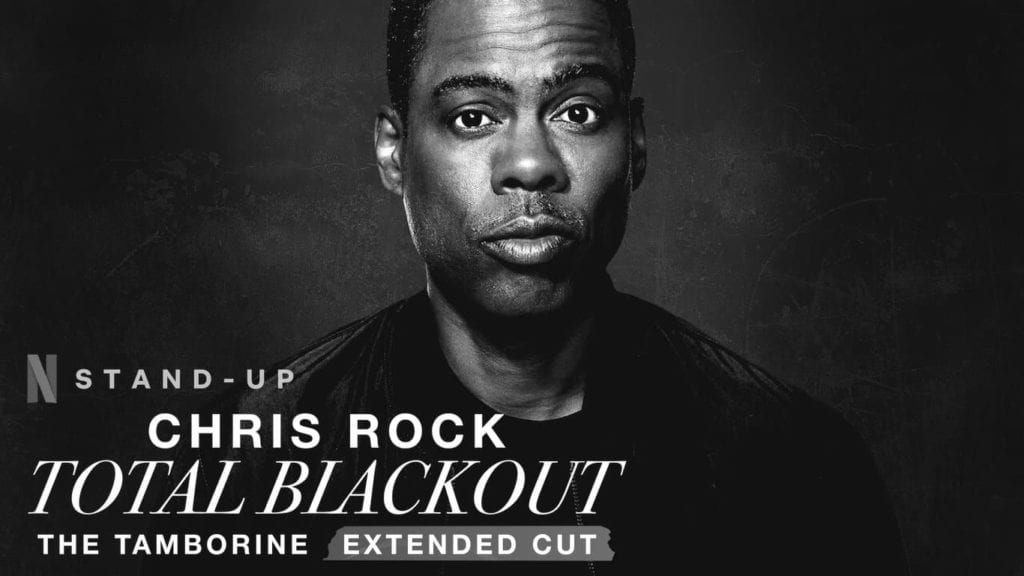 Next Tuesday, we’ll get a new Netflix stand-up special.

Well, we will kind of get a new one.

Announced today, Chris Rock’s great 2018 special Tamborine will be getting a special extended cut to be released on Netflix. It’ll be called TOTAL BLACKOUT: The Tamborine Extended Cut and it’ll indeed feature jokes that were cut from the original special. For that alone, we are indeed looking forward to it (though it’s release is a curious case).

In fact, Rock himself describes it as a first-of-its-kind remixed special. That somewhat begs the question as to why Netflix and Rock are doing an extended version of a special from over two years ago. Tamborine was pretty well received (we loved it and kudos to Bo Burnham giving it a cinematic flair), but we suspect a “remixed” release is one of many tactics that streaming services and networks will be employing to keep producing content while having production on new specials/shows cancelled/paused/etc.

Also, as the pandemic rages on, the pace at which Netflix has been releasing comedy specials has ticked down very noticeably. At one point, you could almost count on two new comedy specials a week to drop on Netflix versus Natalie Palamides: NATE and London Hughes: To Catch a D*ck being the two that we remember coming out last month. Netflix did chop up their specials and churned out “Best of Stand Up 2020”, but there’s nothing new in there.

So, we can all look forward to TOTAL BLACKOUT: The Tamborine Extended Cut on Jan. 12th on Netflix and you can potentially look to more reimagining by Netflix and others on how they’ll keeping their place in stand-up comedy secure.

TOTAL BLACK OUT: The Tamborine Extended Cut is coming to Netflix on January 12th. @NetflixIsAJoke pic.twitter.com/QKsYtKCAZD