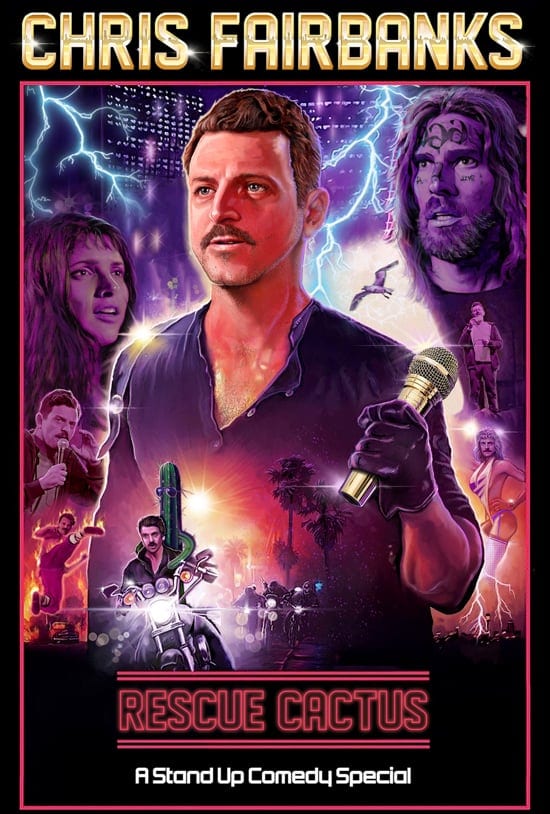 Throughout all of our years of watching live comedy (or comedy in general), few are as mastered at being purely silly as Chris Fairbanks. The dedication and care that Fairbanks puts into his wonderfully ridiculous bits are evident in how intricate his comedy can get and we’ve enjoyed the dozens and dozens of times that we’ve seen all of that up close. Whether it be acrobatic level word play or outright tomfool observations, Fairbanks has always delivered on every stage.

Capturing Chris’ joyful lightning in a bottle and releasing in some form or another hasn’t in some time, but thankfully, there’s this brand new hour special, Rescue Cactus just released today. It’s a marvelous collection of the sort of high flying absurdity that Chris couples with his animated, yet slightly grounded delivery. It’s the sort of contrast that heightens the comedy in such a superb way (even the pre-taped, staged opening embodies this notion).

Simply put, if you need a big dose of silly, get and enjoy Chris Fairbanks’ Rescue Cactus now.