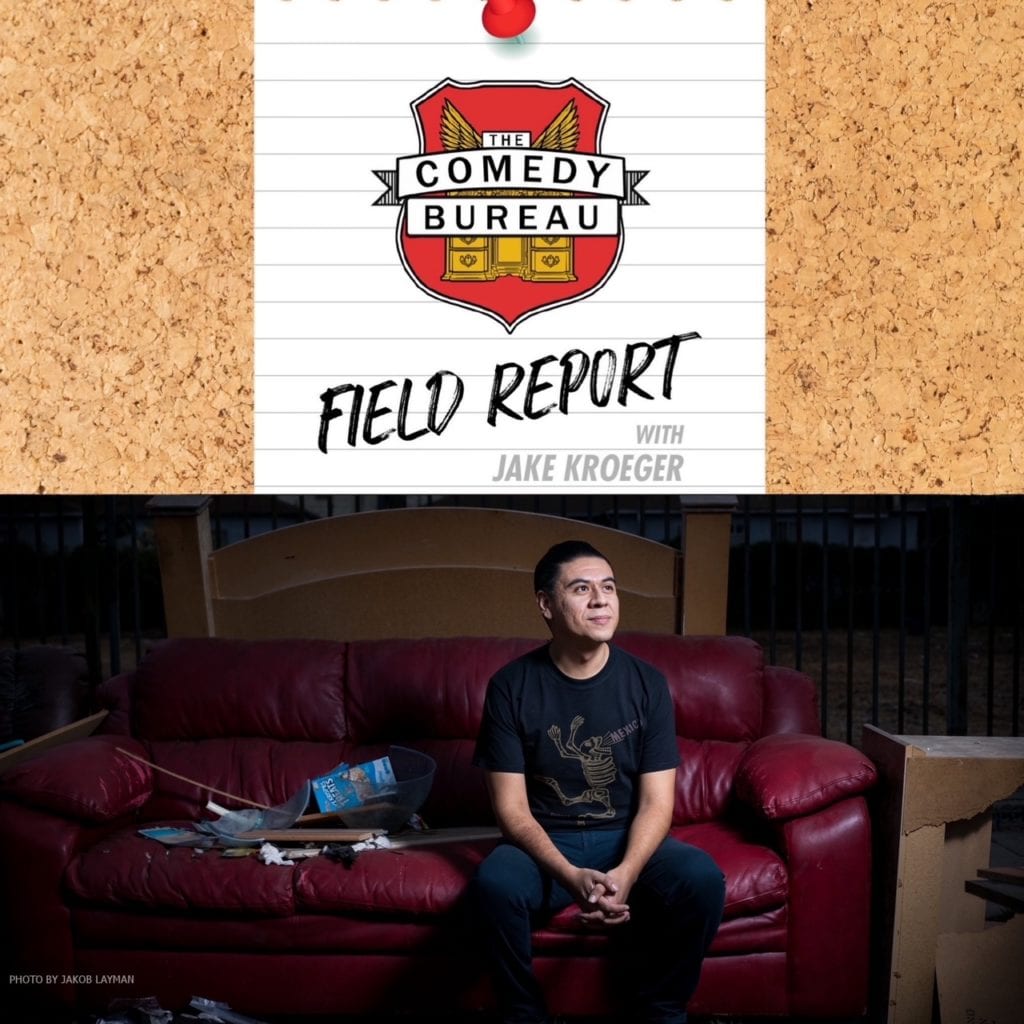 LA scene favorite Chris Estrada was poised for a great 2020 before the pandemic took hold. Now, 8 months into lockdown, Estrada is, thankfully, still getting some great things that he deserves coming his way like a HBO Latino Entre Nos special premiering later this month. Estrada zooms with TCB’s Jake Kroeger about weathering the world throughout this year and keeping the flame of his comedy alive whether it be on Zoom, at an outdoors comedy show, or on his first stand-up special. Also, they dish “hot” takes on new series developments at ABC, Showtime, and Fox as well as representation for Latinx in comedy and the label of Latinx itself.

Shout-outs: Bless The Harts, Bill Burr: Paper Tiger, Sam Jay: 3 in the Morning, and How To with John Wilson