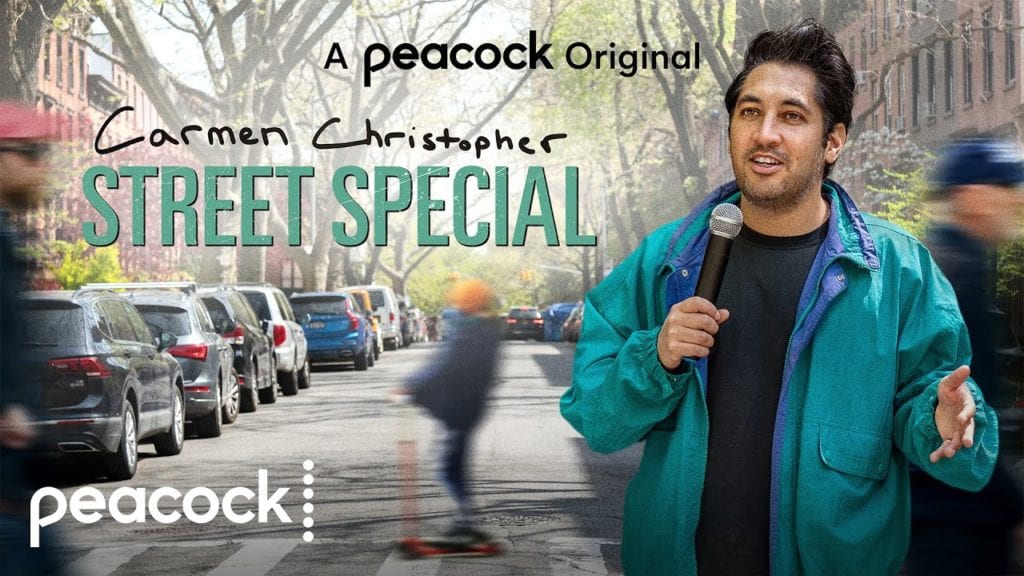 Over the last year, almost every imaginable way you could “safely” (and lots of folks had a very loose interpretation of what that meant) do comedy in person, especially when it comes to producing original comedy specials. Plenty of tours and tapings got cancelled because of COVID-19 in 2020 as they were slated to happen in person and indoors. In response to the pandemic, comedians and productions companies opted for drive-ins, socially distanced specials, or specials where they just yelled their material into a void (shout out to Jamel Johnson).

Carmen Christopher opted to try his hand at an in-person comedy special that was made via Carmen rolling around his own portable PA system and a microphone and just performing to strangers in whatever sort of local business Carmen came across. Dubbed Street Special, Carmen did enough ambush, distanced comedy to provide for Peacock’s first original comedy special. While there was an IFC web series that tried something similar (though without the specter of a pandemic) and it didn’t go that well, perhaps Carmen will succeed where they failed.

See for yourself if Carmen’s up to the challenge in the trailer for Street Special here, then look for it on Peacock, Thurs. May 20th.