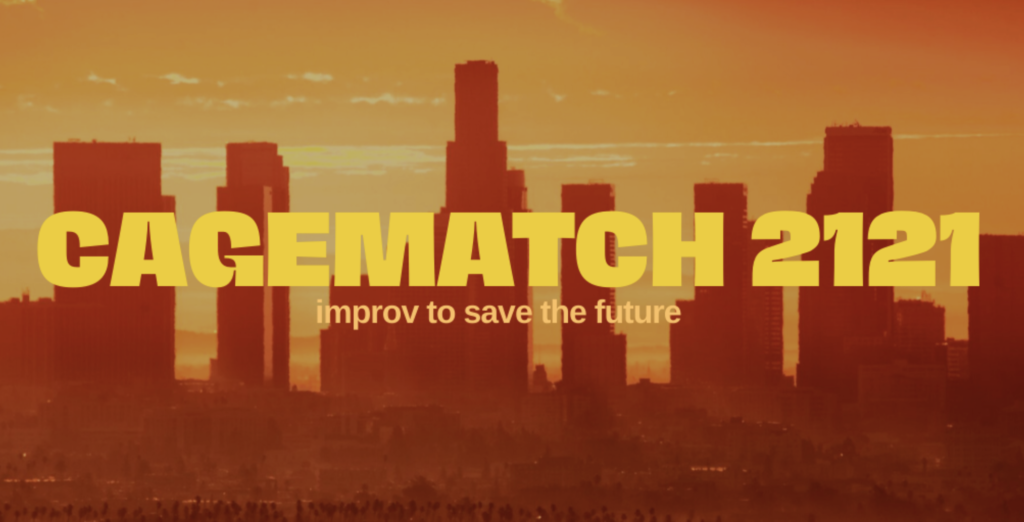 One of our favorite and, coincidentally, one of the best ways to watch long form improvisational comedy was through a late weeknight showcase known as “Cagematch”. Multiple teams would be pitted against each other to serve up the best performances they could to emerge victorious and, hopefully, remain on a winning streak as long as possible. We’ve been lucky enough to see runs go for well over a year when UCB used to have their improv Cagematches going in LA and it was some of the funniest things we’ve ever seen performed on a comedy stage of any kind.

With more and more comedy things reopening, we’re indeed going to get an improv cagematch back in, of all places, UCB’s old Chelsea venue in NYC, which is now under a different banner, Asylum NYC. The best of NYC improv will go head to head at Cagematch 2121 at Asylum NYC every other week starting on Sept. 16th (feat. Higgins vesus Shrecc). Ironically enough, many Cagematches fictionalized some sort of post-apocalyptic world in which these showdowns would take place and, for what it’s worth, it’s a little more close to reality now.

That’s all the more reason to go get your tickets for Cagematch 2121 now.