Get Ready for a Docu-Special of Bobcat Goldthwait & Dana Gould Touring, a “Joy Ride” 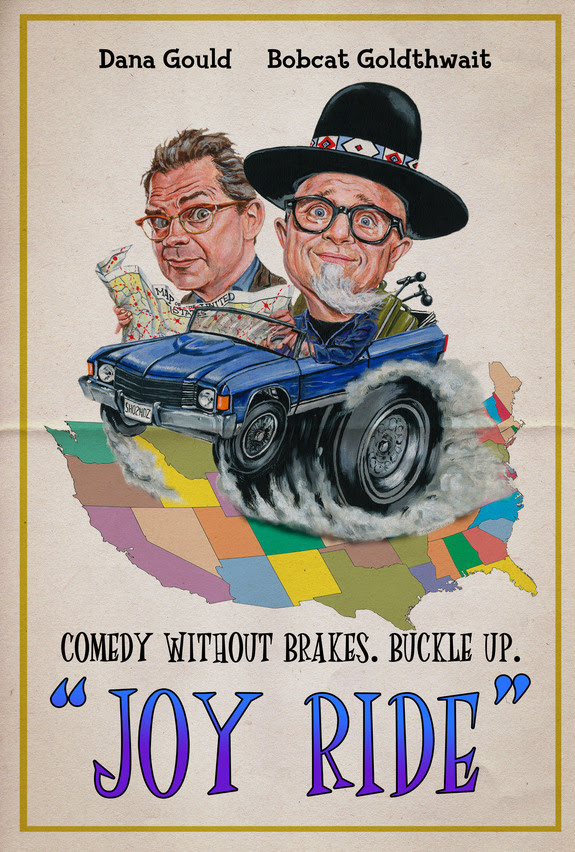 A docu-special from either Bobcat Goldthwait or Dana Gould would very much peak our interest, but a tour doc/concert film is something else altogether. Indeed, Goldthwait and Gould went on the road together, often performing on stage as a duo and they had the whole thing documented (including them driving from town to town to town to town).

Called Joy Ride, it not only shows to giants in comedy share some masterfully crafted jokes and some astounding stories, but it captures the unique, rare sort of friendship that is forged from some hardened bitterness. If you’re going to the Moontower Comedy Festival in Austin later this month, you can catch the premiere of Joy Ride on Sept. 25th, but, if not, you’ll be able to stream it on demand or catch in theaters in limited release on Oct. 29th.

In the meantime, get a taste of all of we just mentioned above in the trailer for Joy Ride here. A very well may be a touring road doc/buddy comedy/comedy concert film unlike any other.