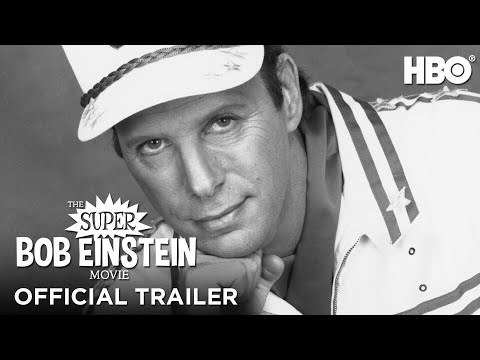 It would seem, right now, that perhaps HBO and Showtime are going toe-to-toe over in-depth comedy/comedy adjacent docs covering anything from Dick Gregory, Charlie Chaplin, The Comedy Store Cosby, Sesame Street, and more. It shouldn’t be any mystery that we are absolutely here for as many comedy docs as the two premium cablers want to make.

Cue in this latest Bob Einstein documentary at HBO Max.

Physical comedy, especially the sort cut from the cloth of Jackass, might not be the same without Bob Einstein. More famously known as Super Dave Osborne, the always-in-over-his-head daredevil, or Marty Funkhouser on Curb Your Enthusiasm, Einstein’s stature and outlandishness left his stamp on comedy and made him beloved, especially some of the most iconic figures in comedy (even while his brother Albert Brooks had his very own gigantic legacy in comedy).

Thus, Larry David, David Letterman, Steve Martin, Jerry Seinfeld, Susie Essman, and many more came out of the wood work to take part in a documentary special dedicated to the life, times, and memory of Bob Einstein, The Super Bob Einstein Movie.

See what’s to come with the trailer here, then look for The Super Bob Einstein Movie on HBO Max on Tues. Dec. 28th at 9PM on HBO Max.