Pick of the Day: The Return of Blair & Greta Show (in LA) 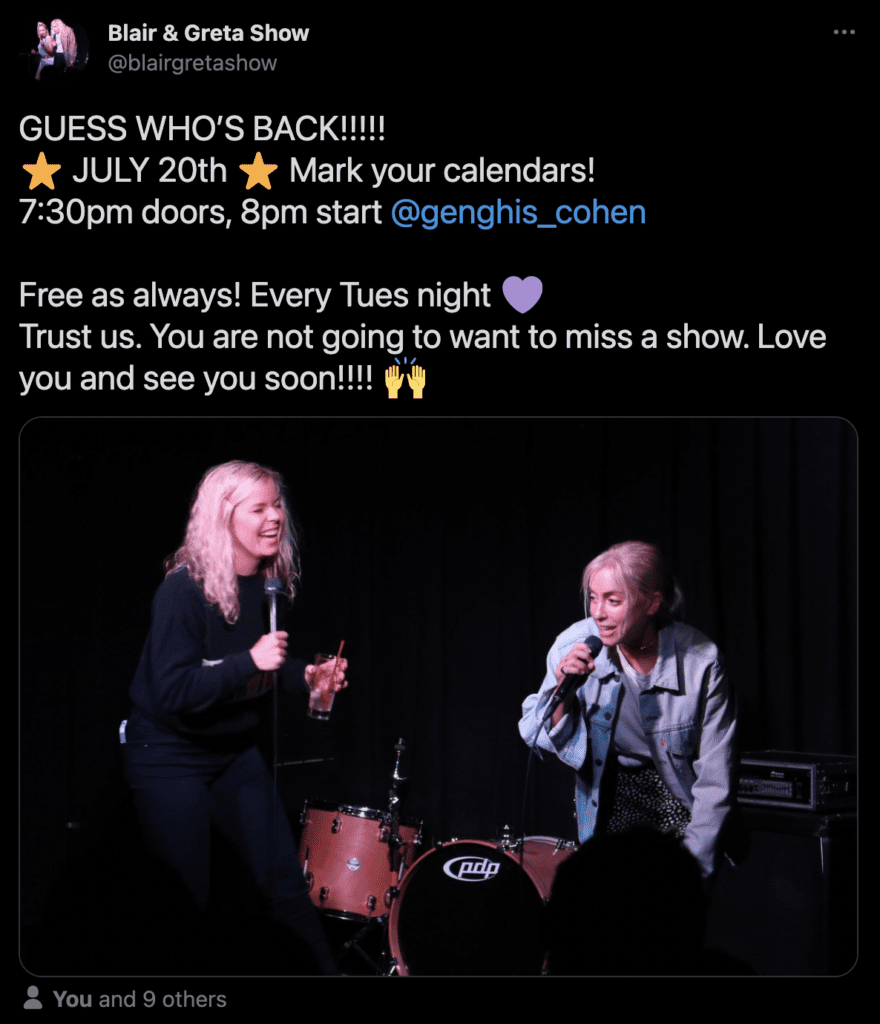 Often, on a Tuesday night, you could find us leaning at the back of the room filled with church pews at a somewhat peculiar, but beloved Chinese restaurant on Fairfax called Genghis Cohen. The reason for such a thing was the amazing weekly Tuesday stand-up show run by Blair Socci and Greta Titelman. Blair and Greta could do the whole show themselves with their own brands of wild, hilarious energy, but they’d always have a grand line-up of LA favorites and the best folks who were stopping through LA.

Fortunately, Genghis Cohen survived throughout lockdown and, as such, The Blair & Greta Show are returning as well, giving us back one of our favorite Tuesday night comedy haunts. They’re starting back up on Tues. Jul. 20th at 8PM PT and, like they used to do, are keeping admission free every Tuesday. Their line-up for the first show back is TBA, but you most definitely should follow @blairgretashow to keep yourself in the loop on who you’ll be so lucky to see.