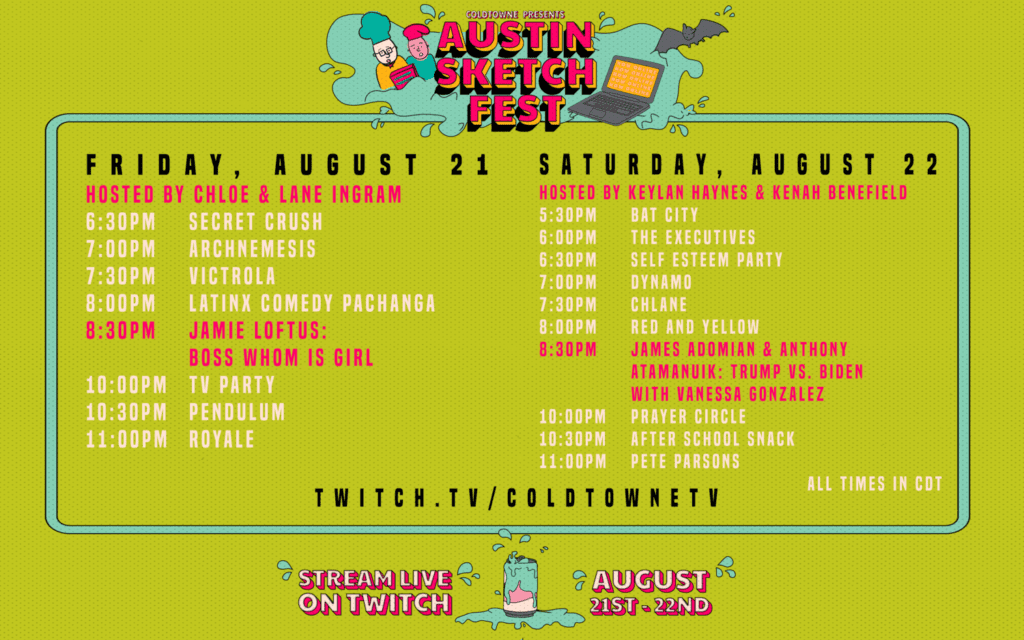 So, it would seem that Austin, TX was going to be without a comedy festival for 2020.

Cue ColdTowne Theater’s Austin Sketch Fest, which has stepped up to the virtual plate and will be live-streaming their festivities this week on Thurs. Aug. 21st and Fri. Aug. 22nd. Sketch groups and performers from all around the country are taking part including James Adomian and Anthony Atamanuik who will do the 2020 version of their beloved Trump vs. Bernie pairing and will go up as Trump vs. Biden (Adomian, of course, has a pitch perfect Biden impression) and the ever inventive and splendidly mischievous Jamie Loftus with her solo show, Boss Whom Is Girl, that expertly parodies tragic entrepreneur Elizabeth Holmes.