Pick of the Day: The Anti-Influencer Hour with Rachel Resnik Anniversary 4/17 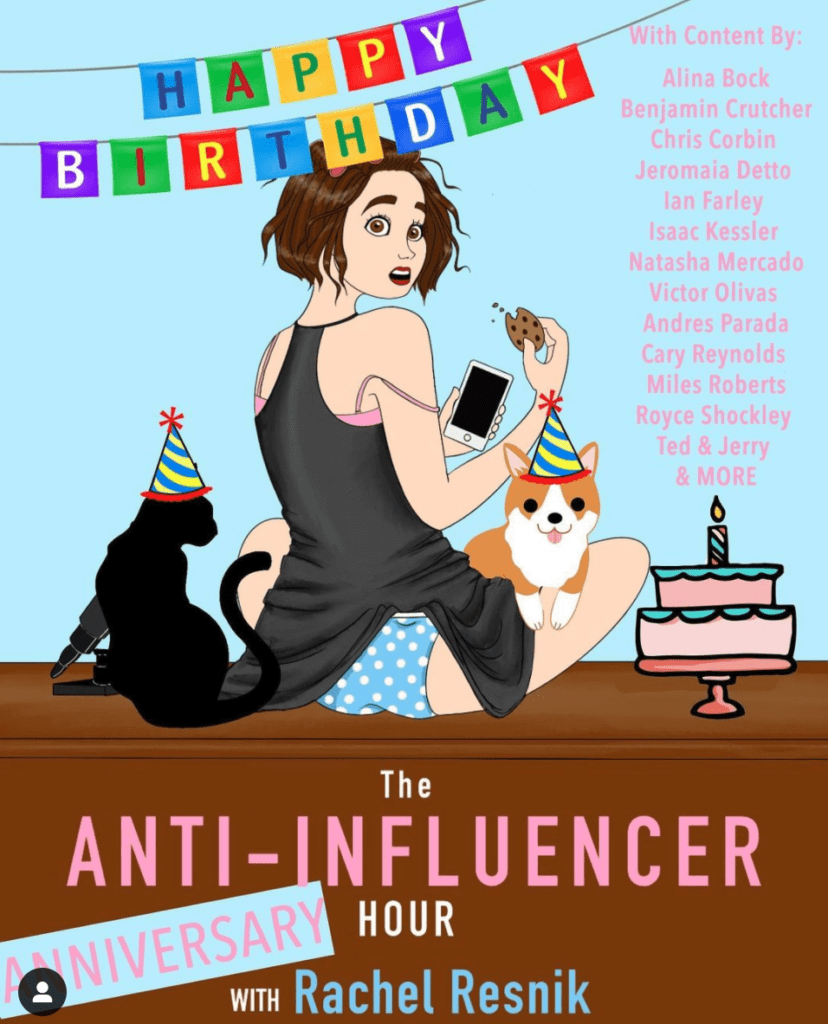 The Pack Theater has been a rare success story during a dark time for live performance/comedy venues doing a big fundraiser at the beginning of lockdown here in America, then full tilt transitioning into a virtual venue several weekly shows and a healthy offering of classes.

One of the recurring shows that has been party to this success is Rachel Resnik’s Anti-Influencer Hour, which originally was organized and live-streamed while Rachel was in Paris, France and, as such, sourced comedians, sketch folks, clowns, etc. from all over the globe to do wonderfully out there bits and characters (the sort that would make up for us all not being able to go to the Edinburgh Fringe in person for another year).

This Saturday Apr. 17th at 7PM PT/10PM ET, The Anti-Influencer Hour celebrates a year of live-streaming some delightfully off-beat comedy on The Pack’s Twitch Channel. Join them in their first anniversary as, best of all, it’s free to watch (they’ll be taking donations as well).