Pick of the Day: 25th Annual State of the Industry Address with Andy Kindler 10/10 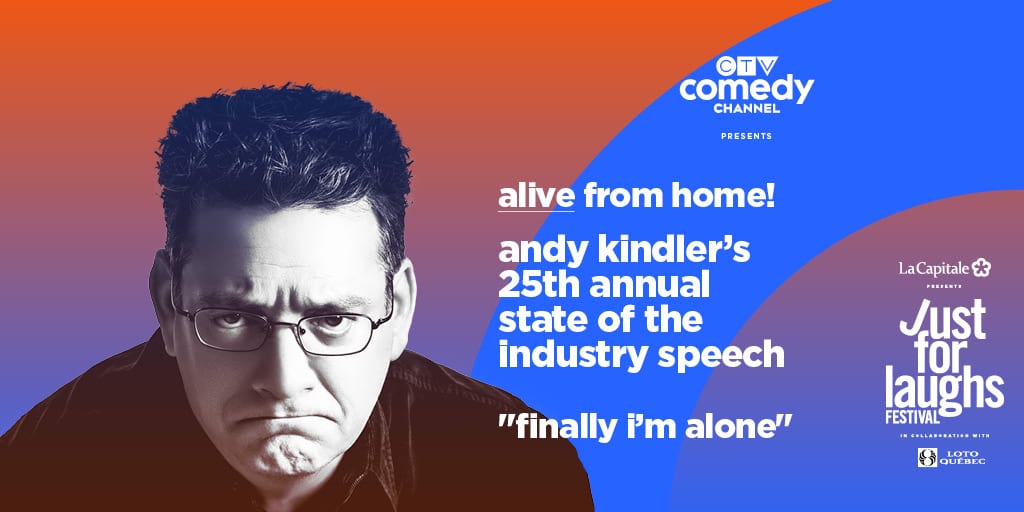 For decades, one of the indisputable highlights of the Just For Laughs Montreal Comedy Festival has been Andy Kindler’s annual State of the Industry Address wherein Kindler roasts the entire comedy industry-at-large. He’s very much one of the best at satirizing comedy itself, especially when it comes to its organization and structures and it’s essentially a new album/special from Kindler that we can expect each year.

Since JFL Montreal opted to do a paired down virtual edition for 2020 due to the pandemic, we’ll still get the legendary irreverence of Kindler, though it will be done via a live-stream. We have no doubt that Kindler will bring that up in his address. In fact, this year’s State of the Industry Address ought to be something special as comedy has changed more than it ever has in recent memory in the matter of a few months.

Best of all, it’ll be free to tune in and you don’t actually have to go to Montreal, get an overpriced hotel, and try and figure which one of several different festival passes will actually get you into watching Kindler do what he does best.