Pick of the Day: The Worst Idea of All Time-And Just Like That… The Pilot 2/18 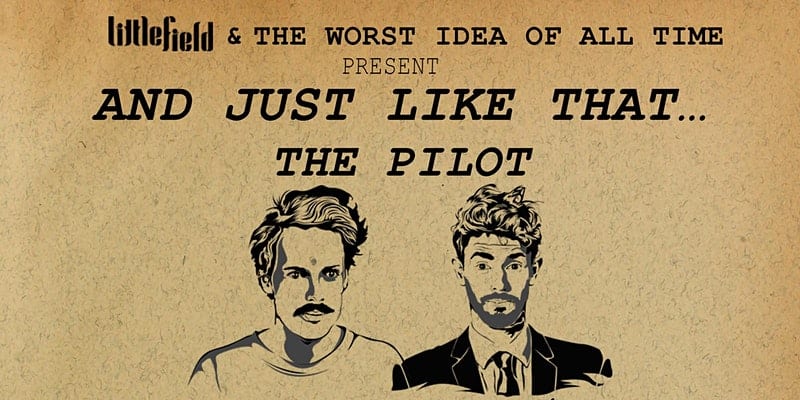 January 25, 2021 News and just like that, guy montgomery, sex and the city, tim batt

Years ago, New Zealand comedians Tim Batt & Guy Montgomery embarked a mind-bending journey of watching the same, usually universally panned movie, every week for a year and recorded the results via a podcast, aptly titled The Worst Idea of All Time.

They survived four seasons of doing that, two of which involved watching Sex and the City movies for a year.

Now, that there’s going to be a new reboot of Sex and the City, a Kim Cattrall-less And Just Like That…, Batt and Montgomery are honoring this new round of SATC by doing a special virtual performance of their version of the pilot episode of And Just Like That…

For the oversaturated amount of hours of watching Sex and the City, this ought to be real fun.

The Worst Idea of All Time: And Just Like That… by Tim Batt & Guy Montgomery is set to live-stream Thurs. Feb. 18th at 6PM PT/9PM ET via Littlefield’s. Get access to the show via donation here.