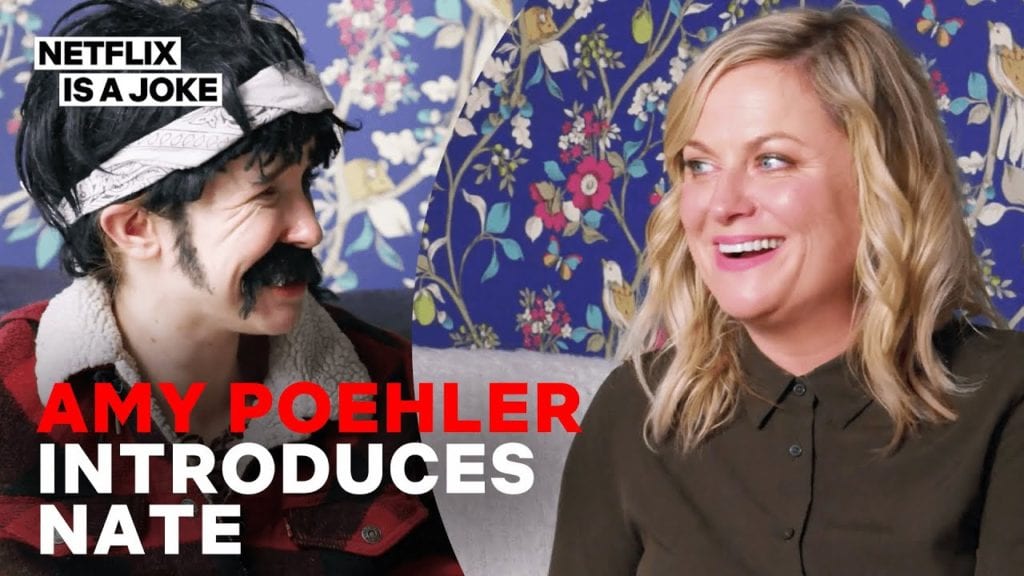 So, not all of us were lucky enough to catch Natalie Palamides‘ groundbreaking solo show NATE (read our thoughts on it here) develop in and around LA (mostly at the Lyric Hyperion, sometimes UCB) or catch it’s award winning runs at comedy festivals around the globe. Thankfully, NATE was made into a comedy special for Netflix for all the world to see, bust up laughing, and reckon with.

NATE is very likely unlike any comedy special you’ve ever seen or, if you’re a solo show aficionado, unlike any solo show you’ve seen. The complexities it presents and entangles itself in also get imbued on anyone watching and that’s a major facet of why it will be an artistic work to be remembered, especially in the annals of comedy history.

If you don’t what you’re in for, perhaps let executive producer Amy Poehler try and give you a bit of hint without really giving too much away (at the behest of the star of NATE).

Oh, in case you didn’t know, NATE is streaming now on Netflix.