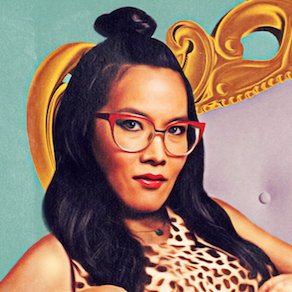 There used to be a time, before Netflix performed original comedy specials, that you were able to catch one Ali Wong performing at all sorts of spots, big and small, all over the place. However, that time has long since passed as Ali Wong has stupendously successful specials, books, tours, movies, TV shows, cartoons that have been part of her ascent into one of the most sought out acts in stand-up comedy today.

Thus, you shouldn’t miss a chance to get a ticket to go see her and you have such a chance right at this very moment if you’re around LA. Ali is headlining The Irvine Improv on Tues. 11/16 & Wed. Nov. 17th at 8PM PT. She is one of the rare folks that sells out theaters in LA by headlining, but does it sparingly (except for that one time where she played every weekend at the Wiltern for over a month). There are still tickets on sale for $40 (+ 2 item min.) and you might want to go snag yours right now before they sell out.