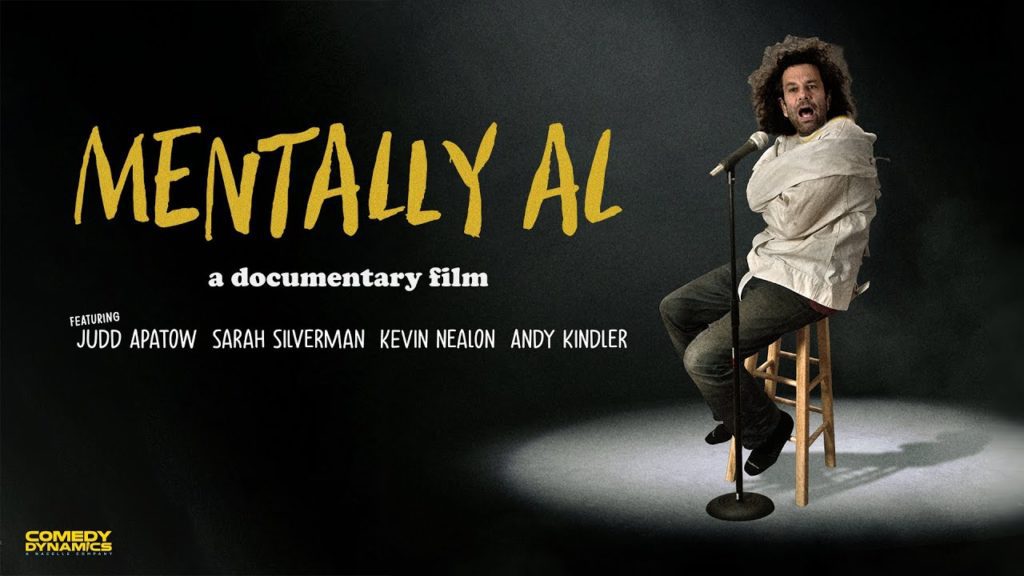 If you religiously watched all the stand-up on late night in the hey day of Carson or the earlier years of Letterman, you might have come across a curiosity of a comedian and performer named Al Lubel. Also, maybe you went to one particular edition of Tomorrow! with Ron Lynch, LA’s midnight variety show institution and saw Al use every angle possible to get a laugh out of saying his name.

The character of one Al Lubel, even now with as strange and boundary pushing as comedy has gotten, still stands out and that is part and parcel to Al’s uncompromising, pioneering spirit in his comedy. That ethos is part of why a whole documentary, Mentally Al, has been made about him featuring interviews with the likes of Judd Apatow, Sarah Silverman, Andy Kindler, and Kevin Nealon. The other reason is following him in his relative obscurity despite all his accolades.

If you want to trace the threads of what qualifies as alt/indie/weird comedy (even when it gets a little edgelord-y or “anti-comedy”), you might be very interested in this upcoming doc.

Get a taste of all of this for yourself in the trailer for Mentally Al here, then look out for its premiere on Amazon Prime Video, Apple TV, Spectrum, Google Play, YouTube and more on Tues. Aug. 24th