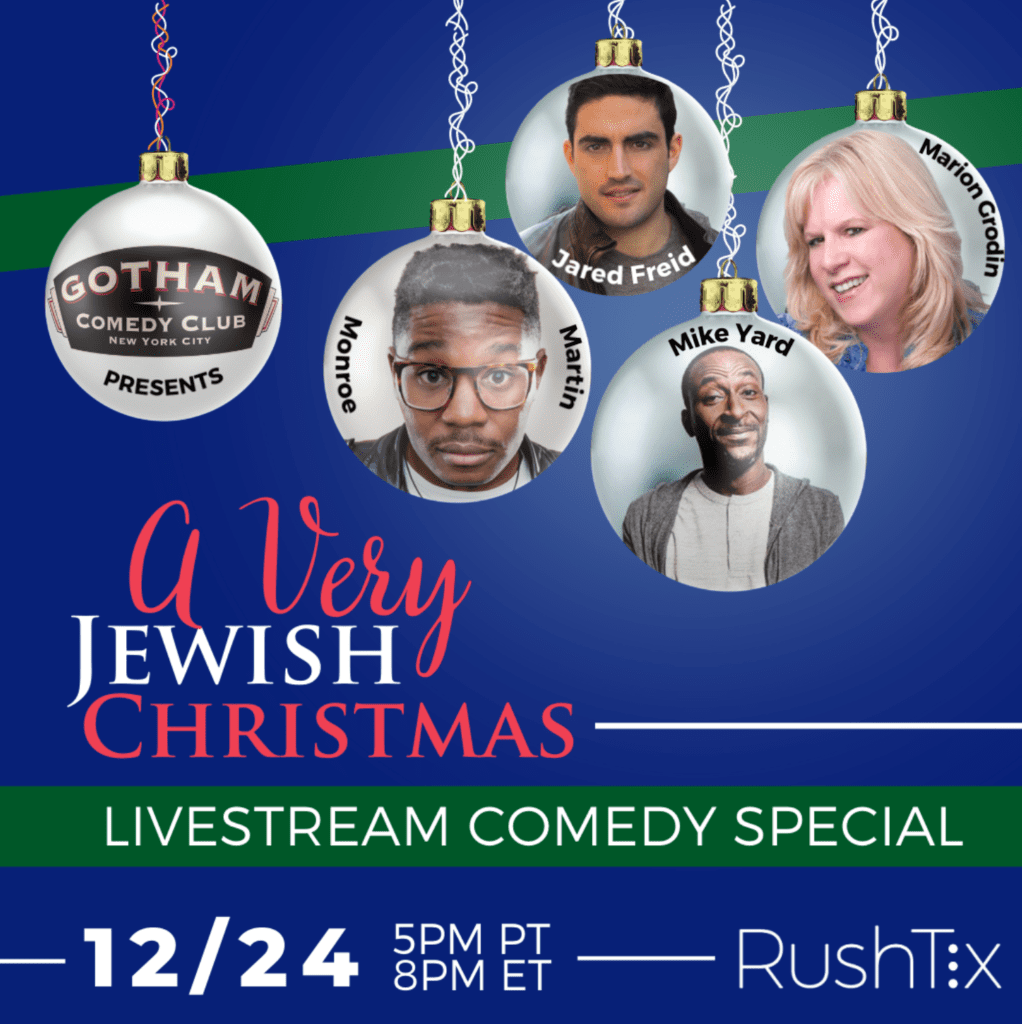 Well, Christmas Eve is tomorrow and, just like the before times, there are very few comedy shows going on. Yet, there are a handful, which is especially nice in these times where will be as isolated as we’ve ever been in our collective lifetimes and, ostensibly, even less things will be happening as we continue to shelter-at-home.

Gotham Comedy Club in NYC has had a holiday-ish themed comedy show, A Very Jewish Christmas, for decades and they’re going to uphold their tradition to mark a quarter of a century of having a very inclusive holiday comedy show. This virtual edition, presented by RushTix, will feature the likes of NYC’s finest including Monroe Martin, Mike Yard, Jared Freid, and Marion Grodin on Christmas Eve at 5PM PT/8PM ET.

Tickets are $20 and you can snag them here.