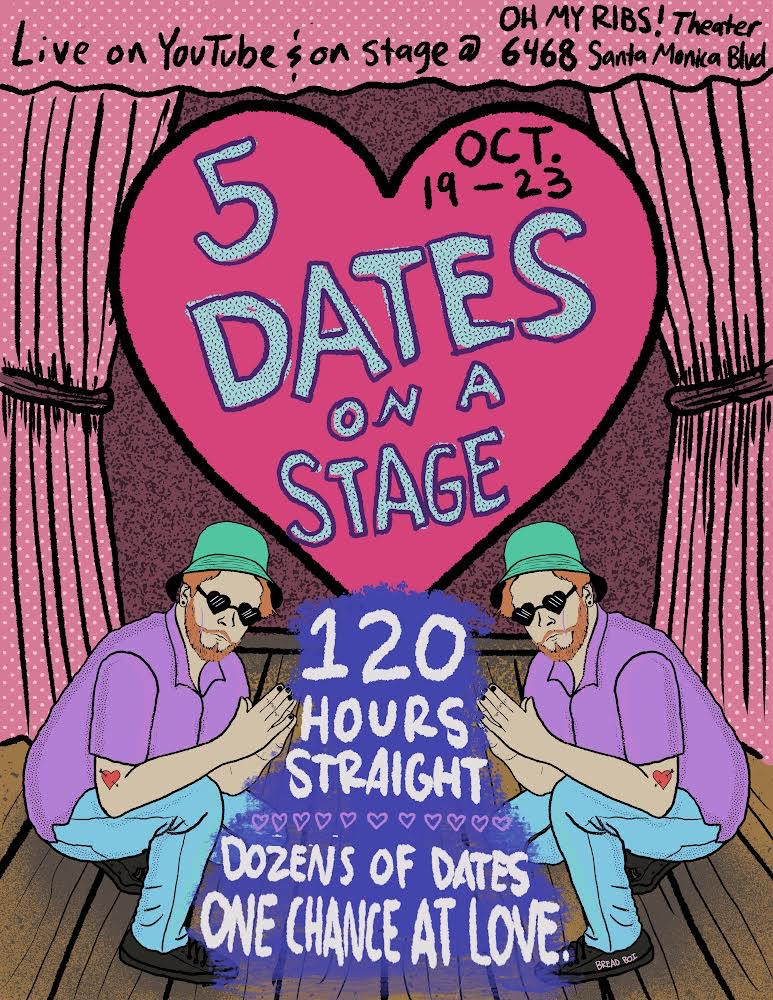 After doing the marathon of live-streaming 5 days of living and performing in a theater, the daring Blake Rosier is both upping the ante with his next feat/performance and one-upping The Bachelor franchise at the same time with 5 Dates on Stage.

Blake will indeed be going on 5 different dates over the course of this week and having different costumers, make-up artists, therapists, comedians, and etc. take him through one of the most risky versions of speed dating we’ve ever heard of. On top of that, Blake will do his old marathon performance practice of only being fed what is brought to him. Unlike any sort of dating competition show, this will ACTUALLY be unscripted and full of the sort of chaos that things like Love Island try to manufacture. Already, Blake has taken over Nessa Barrett’s billboard in order to promote the show, so you ought to know that truly anything can happen.

Rosier will be once again taking over Oh My Ribs at 6468 Santa Monica Blvd. for 5 Dates on Stage with Blake Rosier starting Tues. Oct. 19th through Sat. Oct. 23rd with the actual dates happening at 7PM PT-12AM PT each night. You can stroll in to see one hell of a comedy/live performance experiment in person or stream it (as well as anything off hours) at youtube.com/blakerosier.