The age old maxim “You can’t make an omelette without cracking a few eggs,” seems to be taken to another level by technological entrepreneur and innovator Elon Musk. With failed launches of rockets, selling pre-orders for flamethrowers seemingly out of nowhere, and launching, of all things, one of his own cars into space, it would seem that there are a lot to questions to ask of someone who many see as a savior of the future.

This is where the brilliant politically satire from Scott Dikkers, one of the founders of The Onion, and James Adomian comes in. Adomian in a spot on impression of Musk guides us through an entire audiobook Welcome to the Future Which Is Mine that sends up what Musk’s vision of the future and what it really might end up being. Here’s a delightful taste of it.

Don’t be surprised to see if this ends up being Adomian’s next character he goes around the country playing (he already did it at SXSW earlier this year).

If you’re into it, you can get Welcome to the Future Which Is Mine by Not Elon Musk off of Amazon here: amzn.to/2PHtl5b.

Ryan Singer might be at the forefront of what the human experience is. Also, he somehow knows how to encapsulate them into wonderful, wonderful comedy that will very soon be coming out as his new album, Free Love.

Get a taste of what we’re getting at with this track “Harder to Love”.

Also, you might like to know that true to the title, it will be free for everyone come Oct. 12th.

Here’s another of our “secret” recordings from Comedians of Interest Vol. 1 (out tomorrow, FYI) from one Candice Thompson. Again, listen carefully and you’ll hear why you need to have her on a list of comedians you need to keep a close eye on everything that they do (i.e. go see them live, listen to their podcasts, watch all their videos, etc.)

Also, again, you can pre-order/buy Comedians of Interest Vol. 1 from AST Records here.

Here’s a track of Johnson’s straight from “our” files.

FYI, Comedians of Interest Vol. 1 comes out this Friday, October 20th via AST Records. You can pre-order the record in advance here.

Derek Sheen consistently holds up his reputation to process this world that’s almost too crazy to cogently make fun of and weave a hysterical tapestry of life’s oxymoronic tendencies.

He did it on his last album Tiny Idiot and he does it yet again with Disasterbation, which has a true life story entitled “Hitler Fatigue”.

Here’s a taste of the album from another track that details Derek finding a silver lining after a horrific car accident.

Please get Disasterbation as it’s out now from Stand Up Records.

The second episode of This Better Be Funny takes place right after at stand-up show at an AA recovery hall with three fantastic and hilarious guests: Lauri Roggenkamp, Jesse Case, and Brett Hamil. Hosts Jake Kroeger and Jeremy Paul ask themselves and their guests, “What is the shittiest joke you’re currently working on?”

Also, we’ve concluded from this episode that people, for their own sake, need to watch more movies and catch the hell up on joke references.

We know that there is a growing sentiment of “geez… another comedy podcast?” but please give This Better Be Funny a listen. Sure, we created it, so it’s a completely biased request, but hearing comedians explicitly trying to figure out how something is funny by doing exactly that in pitching jokes, bits, etc. is something that’s fascinating.

Also, chatting outside of an AA hall at midnight makes for pretty great conversation.

December 6, 2011
Uncategorized
comedy, how is something funny, podcasts

In the inaugural episode of the “This Better Be Funny” Podcast, host, creator, writer/comedian Jake Kroeger, co-host, writer/comedian Jeremy Paul, comedienne and Cristiana delve into deep conversation involving the pitching of jokes/sketches/bits to each other and the subsequent approval or rejection of them. Taking place at some cafe in Hollywood, the three go down the comedy rabbit hole and wonder if they just walked one of the coffee shop’s patrons.

Many folks wanted us to start a podcast talking comedy. In our opinion, there are way too many of those and, honestly, we can’t do better than Marc Maron and WTF. Instead, we’re doing what hasn’t been done by any other comedy podcast (if it has, then please let us know as we’d love to hear it), which is get to the crux of the comedic creative process. It’s the process that Jerry Seinfeld’s documentary Comedian gave a brief glimpse of, but never fully explored.

Specifically, the This Better Be Funny Podcast will have comedians pitching what they think is funny to each and going down the comedy “rabbit hole” in search for the truly funny. In the spirit of the podcast, it’s not recorded at someone’s efficiency apartment in Echo Park where someone has to apologize for the mess and offer milk. This is recorded wherever comedians actually huddle together like dive bars, coffee shops, taco stands, and more and ask each other “Is this funny?”

Hosted by Jake Kroeger, the Director of the Comedy Bureau along with comedian Jeremy Paul who claims the only credit he needs is that he’s from Peoria, Il every week and a myriad of guests that range from “big time” to “about to break” to “funniest person that no one knows”, but ones that will always be funny.

Listen, laugh, be enlightened at horrible comedians can be to each other.

“Angels of Twitter” On today’s show, we interview three fabulous ladies, and hear longer-form stories from these masters of the short-form joke. Compelling tales from @shelbyfero, @ahm76, and @ladybirdj. Calling all angels – it’s This American Wife.

“The Horror, the Horror” Writer/producer Hilary Winston (Community, My Name is Earl) describes the horror of discovering her boyfriend wrote a book about her in her new book, “My Boyfriend Wrote a Book About Me,” and Alison Agosti describes the horror of public speaking, by speaking publicly about it. It’s Apocalypse… Now! Stay with us.

Later, the cast and writer/producers (Ben Acker and Ben Blacker) tell their own stories of thrills and adventure (and the supernatural). Stay with us.

This American Wife Episode 32 – Stephen Falk, EVERYTHING IS TERRIBLE

“Reefer Madness” On the eve of the season premiere of Showtime’s “Weeds,” writer and supervising producer Stephen Falk tells amazing true tales about the devil weed, and so much more. Also, VHS culture-jackers Everything is Terrible visit the studios to watch some of the very worst clips ever committed to video. Let’s get to the point, and let’s roll another joint. Stay with us.

“Pledge Drive” – This episode, you’ll hear the best shows that public radio has to offer. Award-deserving programs like “All Things Ill-Considered,” featuring interviews with Christopher Hitchens, Alan Watts, and Huell Howser. “Do You Have a Point” with presidential candidate Ron Paul. “The Shriek of Young America” with Arianna Huffington. Finally, we welcome “WTF” to our fold as Marc Maron interviews radio legend Joe Frank. And more! Please give, won’t you?

May 24, 2011
Uncategorized
comedy and everything else, jimmy dore, jordan brady

Director of I AM COMIC, Jordan Brady, gave us here at the Bureau a very kind plug on Jimmy Dore’s Comedy and Everything Else Podcast around 1h23min.  Listen to the whole thing as Brady’s an amazing force for comedy.

First, the Nerdist Podcast and now Comedy and Everything Else, what’s next for the Comedy Bureau? The Pod F. Tompkast-always amazing AND always professional-(Paul apologizes for tardiness and distortion for a minute or so at the top).

May 4, 2011 New Guys With Feelings podcast with Matt Walsh. 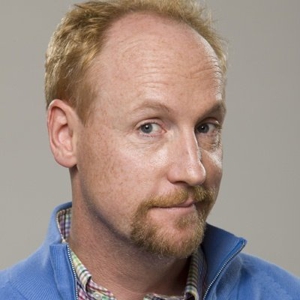 You can listen to this and read the review I wrote at Punchline the same time for a full multi-sensory Matt Walsh experience.

Let’s celebrate the 40th anniversary of NPR with a good-natured ribbing.

This American Wife Episode 28 – LIVE from the Bridgetown Comedy Festival

I was at the Bagdad Theatre when this episode of This American Wife was recorded and feel so privileged to say so. Tim Farrell did some accompaniment for the QUEMMENTS theme song from the NERDIST PODCAST.

The Comedy and Everything Else Podcast with Jimmy Dore and Karen Kilgariff.  Why aren’t you listening to this right now?

Greg Proops, The Smartest Man in the World in Australia.

“L.A. Women” Act I features Oriana Small, aka Ashley Blue, who became one of the top adult performers of the new millennium. She recounts some of the funny, harrowing tales from her new memoir, “Girlvert.” Act II features Deborah Vankin, author and current staff writer for the Los Angeles Times. Deborah talks about the crazy LA arts and nightlife scene that she has covered for years, and how it inspired her new graphic novel, “Poseurs.” Hold on to your britches, it’s This American Wife.

Some amazing stories on this episode. Deborah is a fabulous writer and journalist, and her graphic novel “Poseurs” combines both of these skills for a great read, with beautiful art from Rick Mays.

Oriana’s memoir “Girlvert” is like “Boogie Nights” times one million – it’s seriously intense and a hell of a story. Put on “Sister Christian” really loud while you read it.

Okay, off to Portland now for the big “This American Wife” live show at the Bridgetown Comedy Festival!…

Marc Maron in Australia on the Sweetest Plum Podcast.

THIS LAST WEEK ON KPFK’S THE DAVID FELDMAN COMEDY PODCAST