who would win a fight 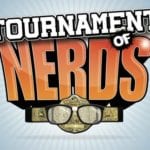 Those age-old debates that would attempt to determine which fictional character would win over another fictional character get settled once for all at Justin Donaldson and Hal Rudnick’s The Tournament of Nerds. Comedians dress up as various characters from different origins of all kinds and fiercely present their case for being victorious in a fight. To show how you unpredictable that can be, Garfield out debated Jon Snow the last time we went.

At midnight on Saturday March 19th, Tournament of Nerds will actually have the first all-female edition of their long running debate show featuring:

Please go get your tickets soon as this show always sells out.

The rest of our listings for shows and mics as well as corresponding maps are embedded at www.thecomedybureau.com