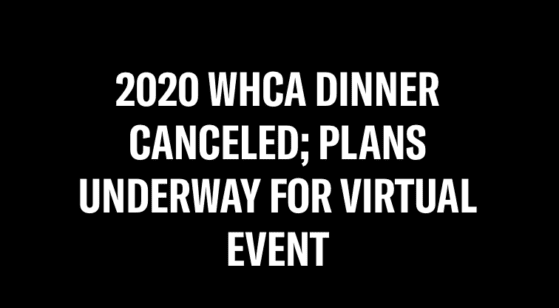 Just announced today, the White House Correspondents Dinner that was going to rebound from having a historian and having comedians roast the D.C., the press, and, of course, Trump with a live, in-person event on Aug. 29th is now cancelled. They had Hasan Minhaj and Keenan Thompson on deck and it looked like it’d be one of the few live events that might signal a tide turning in the pandemic as well as a great follow-up to the on-going cruel joke that is the Trump Administration.

Yet, cases are back on the rise in the U.S. and things that had reopened too fast are now scaling back. The fate of live performance is definitely hanging in the balance and thus, the event often referred to as “Nerd Prom” has cancelled its in person engagement. The WHCA says that they’re working on transitioning to a virtual event, but nothing else has been announced as of yet. One could only hope that Minhaj and Thompson stay on.

As more details come, we’ll keep you in the loop.

Tonight, tune in at 10PM on TBS or 8PM PST on a Twitter livestream (with a 6PM PST red carpet) for Samantha Bee and Full Frontal doing their own White House roast, The Not The White House Correspondents Dinner.

Nothing like this has been really done as other presidents, even Bush, show up to the White House Correspondents Dinner and make that spectacle enough for the weekend.

It would be great to see if the ratings for both Sam Bee’s Not The White House Correspondents Dinner and the actual WHCD with host Hasan Minhaj got “fantastic ratings”, partially because Trump wasn’t there.

It’s hard to think of a lifetime achievement in the arts award that Mel Brooks doesn’t deserve.

What was being called “Nerd Prom” turned out to be a pretty great roast.

Last night’s Annual White House Correspondents Dinner will be a night to remember whether you were in attendance, watching it on YouTube, or actually tuning into C-SPAN.

President Obama delivered another great performance and even brought along Keegan Michael-Key as his “Anger Translator” Luther. It’s pretty undeniable that he’s the funniest president in American history.

Host Cecily Strong really cut deep with a lot of her jokes when she took the stage and dished it out throughout the whole room including President Obama himself and even Hillary Clinton who she favors. In fact, some jokes probably hit too close to home for some in the room and play way better to those watching it on screen.

Even though HBO has picked a showrunner to fill in after Armando Iannucci leaves Veep, it wouldn’t be entirely surprising to see Barack involved in the show after his leaves the White House.

Many things are said about President Barack Obama these days. One of those things is how he is possibly one of our funniest presidents to ever serve.

His performance at The White House Correspondents’ Dinner last night was a pretty great example of that. Watch it here.

Thanks to thousands upon thousands of people outraged last year over a joke apparently “at China’s expense” during a segment on Jimmy Kimmel Live, The White House had to take the time to not deal with more pressing matters and say that they can’t cancel Jimmy Kimmel Live because of the right to free speech.

Good job all of you outraged enough at an joke that hinges on its high level of absurdity to ignore the problems with healthcare, social security, etc. etc. on not knowing the U.S. government doesn’t have the time or could care less about shutting down something like Jimmy Kimmel Live.

Oh, in case you couldn’t figure it out in the previous sentence because you were a person that signed that petition, we were being sarcastic.

A petition has been signed by enough people to address a joke during segment on Jimmy Kimmel Live that was apparently offensive to Chinese people.

The White House will now have to take a little, but still precious time away from solving The Affordable Health Care Act or other foreign policy debacles we shouldn’t be involved in just to deal with something that the Internet can just argue over until both sides get tired and further entrenched.

Elaine May to Win 2012 National Medal of Arts

Elaine May to Win 2012 National Medal of Arts

Amongst this year’s winners of the National Medal of Arts awarded by the President, a comedian is in the ranks. Famous improviser Elaine May of Nichols and May is being awarded the distinction by President Obama.

If you’re unfamiliar, she and Mike Nichols as a comedy team preceded Second City. Watch the clip of their classic $65 funeral scene and hopefully you’ll understand why this is all so important.