The well worn rom com trope of “will-they-or-won’t-they” has gotten a fresh and gritty update from You’re the Worst for four seasons. In fact, the series is ingeniously set up for Jimmy and Gretchen (as well as anyone else in the series) to possibly not live happily ever after, but still be plenty of fun the whole way through.

The trailer for the fifth and final season rides that tension even further.

Unfortunately, you’ll have to wait until January 9th when this season premieres on FXx to even begin to see what really lies in store.

One of FXx’s best series to date will come to a conclusion in a fifth season. For our money, this is the captivating will they-won’t they story for our time.

It does leave you wondering what’s coming down the pipe over at FXx that might fill it shoes.

Before that happens, we can rest somewhat easy knowing that there’s one more season of You’re The Worst coming. 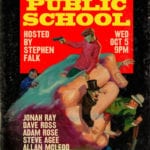 Public School Stories is one of the best storytelling shows in LA and also has, as you can clearly see, some of the prettiest flyers we’ve seen.

This latest edition has a really damn good line-up (featuring folks from MST3K, You’re The Worst, and Progressive Insurance, and more) as you can additionally see, that you shouldn’t miss out on.

It’s a pretty great time to make fun of being divided.

So, with that in mind, maybe you should catch the return of You’re The Worst in its season 4 premiere tonight on FXx at 10PM.

Proceed at your own caution as there are some spoilers here.

However, given the title of the show, nothing that Jimmy and Gretchen do to each other should come as a total surprise.

In any case this new official trailer and teaser have us really chomping at the bit for the return of You’re The Worst (which has an hour long season premiere FYI) on Wednesday, September 6th at 10PM on FXx.

In many ways, Jimmy and Gretchen are right back where they first started and, of course, seemingly ready to wildly and romantically crash into each other again.

Their separate renditions of Tainted Love in this trailer make for a great place to pick up for season 4 of You’re The Worst, which premieres Wednesday, September 6th at 10PM on FXx.

You’re The Worst along with Jimmy and Gretchen’s shenanigans (and by “shenanigans”, we mean the impulsive, rash decisions that constantly keep their relationship embattled) are coming back for season 4 at the end of this Summer.

See for yourself in this teaser, which, if you watch closely might hint at where Jimmy and Gretchen are at with themselves and each other.

Right now, FX is flying pretty high with all the honors and praise that they’ve garnered for Atlanta and The Americans.

With new seasons of You’re The Worst on FXx and Better Things on FX on deck, we’re confident that they’ll keep that high flying feeling going.

So, mark down September 6th, a Wednesday, and the 14th, a Thursday, to catch new seasons of each show, both critically acclaimed in their own right we might add. 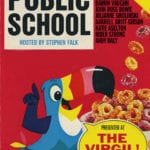 Public School Stories is always a storytelling show worth catching, but this latest edition for May is particularly stacked with your favorite folks from You’re the Worst, Boy Meets World, MST3K, Review, Legion, and more.

It’s free to attend, but you can RSVP here. 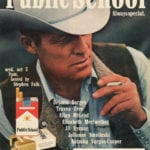 This show is free to attend. More details here.

Stephen Falk might be well on his way to one of the best distillations of love, sex, relationships, mental illness, veterans, real life in LA, and more with his show You’re The Worst.

He’s already been lauded as such over the past three seasons and has scored a quick renewal for a 4th season from FXx with only a few episodes of season 3 having aired.

Don’t be surprised if You’re The Worst is inching in on ‘prestige comedy’ territory.

In the quest of views, YouTube personalities will often times ignore the laws of decency and taste or actual on-the-books laws to pull off something “viral”. Eva Anderson has created the comedy project Radicalocity with Stephen Falk at FX to examine the absurdity of this phenomenon. We hope this goes to series just to see where they go with it.

By the way, this is the third comedy project that Falk has currently going over at FX from an overall deal on top of his critically acclaimed You’re The Worst.

This is just a friendly reminder that the wonderfully dark romantic comedy series You’re The Worst finally returns.

Don’t miss out on the season 3 premiere tonight at 10PM on FXx.

Season 3 of ‘You’re the Worst’ Season 3 To Have More  Jimmy, Edgar’s PTSD, Sex, and Lindsay’s Dark Side | Hollywood Reporter

Season 3 of ‘You’re the Worst’ Season 3 To Have More  Jimmy, Edgar’s PTSD, Sex, and Lindsay’s Dark Side | Hollywood Reporter

Regardless of what might have been planned for the new season of You’re The Worst, we were still planning on tuning in to the critically acclaimed, addicting, edgy, dark romantic dramedy from Stephen Falk.

That being said, all these details, which somehow promises to organically delve even further into the flaws that make Jimmy, Gretchen, Edgar, and Lindsay great, make us even more on board for new episodes that start airing on Wednesday, August 31st on FXX.

Season 3 of You’re The Worst Premieres on Aug. 31st

Stephen Falk’s brilliant You’re The Worst has made quite the impression in its two seasons on FXx with plenty of glowing reviews and articles. It would seem that it’s set for another great run in season 3 this summer.

Again, look for the season premiere on FXx on Wednesday, August, 31st.

Someone at FX really knows how to pick ‘em.

Following Falk’s You’re The Worst, which has gotten critical acclaim from the get go and has continued with that through its second season, Stephen is teaming up with the wondrous Cameron Esposito in developing a single camera comedy that exhibits a juxtaposition of the lives of sisters, one straight and one gay and both in their 30s. It will be based on Esposito’s life and could make for a really great addition to FX’s already beloved comedy line-up.

In addition to her debut hour special coming to Seeso next month, 2016 is looking more and more like an Cameron Esposito banner year.

Stephen Falk is slowly, but surely on his way to becoming a comedy maven and we’re all for it.

You’re The Worst has garnered a lot of attention to FXx and, FX Networks has smartly rewarded the people behind the series, Stephen Falk. Falk has an overall deal, which has already been able to put to use with the addition of a comedy somewhat based on the life of You’re The Worst writer Alison Bennett and an adaptation of Danny Wallace’s Join Me from Franklin Hardy and Shane Kosakowski, who are both also You’re The Worst writers.

Don’t be surprised if FXx has a significant portion of Falk-produced shows in its line-up very soon.

“You’re The Worst” Renewed for a Third Season

FX is very smart to keep You’re The Worst around on FXx, especially as The League is coming to a close.

We’re getting another whole season of the modern day, unfiltered romance of Jimmy and Gretchen, warts and all, as FX has just reupped Stephen Falk’s You’re The Worst for its third season.

Falk has already covered so much thematic and emotional territory that Falk we’ll undoubtedly be taken pleasantly by surprise again when the third season rolls around.

Even though they have come to co-habitate under the same roof, You’re The Worst’s Gretchen and Jimmy still manage to find new cracks in their relationship to explore.

Case in point: Jimmy’s strategy to deal with a Gretchen that hides when she’s sad. Watch it here.

Really, we’re just glad to see that Stephen Falk (Weeds) and Jordan Vogt-Roberts (Kings of Summer, Comedy Central’s Mash Up with TJ Miller) are involved in a comedy pilot, especially one at FXx.

1) Comedy Bureau favorite JAMES ADOMIAN will be on Lopez Tonight on TBS at MIDNIGHT. Watch live, set your DVR’s, OR check back here tomorrow as it will be posted.

2) Andrés Du Bouchet’s taping is tonight 10PM at Bar Lubitsch (7702 Santa Monica Blvd., West Hollywood, CA). This is a perfect part to be a part of comedy history/catch his one-of-a-kind absurdist stand-up/laugh until it hurts and then finding a way to laugh some more.

3) Thai Rivera will be debuting his new self-titled album at the Ontario Improv (4555 Mills Circle, Ontario, CA) next Thurs. June 16th 8PM. Thai’s proof that grinding it out at open mics, no matter where they are or how they are, can, through tireless hard work pays off and does so on your own terms (i.e. headlining your own show to release your own CD).

4) Melissa Villasenor auditions at America’s Got Talent. She gives that show’s name validation. Seriously. I first saw her an indie, topic based, comedy show a year ago, and only a month or so ago, she got passed at the Comedy Store as a regular, and now, this.  Congratulations and hopefully she’ll leave Forever 21 soon.

5) Secret comedy show at the Comedy Brewery w/Michelle Buteau.  E-mail comedybrewery@gmail.com for details.  The only thing we know is that it’s in downtown. It’s that secret.

6) Connected Comedy’s got a project for funny people with some crazy stories.

8) “@GregProops-To everyone freaking out about the Reagan cartoon, laughing at what you disagree with is called being sophisticated.” Agreed.

12) People often wonder how I can mentally, emotionally, and physically stand putting up nearly 30 comics/musicians/erotic magicians every week at the Big Trouble in Little Tokyo Open Mic @ Señor Fish.  I don’t really know.  That’s how I get through it with not having an answer to that question and just doing it.