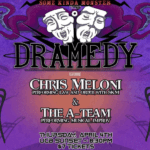 Needless to say, you need to see this “very special episode” of Dramedy this Thursday. Get your tickets here quick. 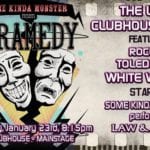 For years, we’ve enjoyed Some Kinda Monster’s improv extravaganza known as Dramedy. On one show, some of the best teams around town improvise based off carefully curated, out-of-context TV and film drama clips. Then, Some Kinda Monster themselves does a wonderful improvised episode of Law & Order.

They’re about to a last show at the venue where they started, The Clubhouse in Los Feliz, (they’re keeping their UCB slot FYI) and, as such, will be stacking the line-up with a whole bunch of our favorite teams as follows:

As always, admission for shows at The Clubhouse are donation based.

You best make sure you get there early as it will probably be standing room only. Get more details here. 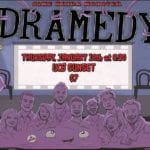 Improv inspired by specifically, out-of-context clips of dramatic films and TV on top of an improvised episode of Law & Order from Some Kinda Monster is one of our favorite improv shows.

Come catch their first show of 2018 at UCB Sunset this week where Colton Dunn (NBC’s Superstore), Phil Jackson (Brooklyn Nine-Nine, Key and Peele) will be joining them.