Basically, Sklarbro County packed it up at Earwolf (note: Sklarbro Country is still proceeding as usual on Earwolf), changed its name to Dumb People Town, and moved to Feral Audio.

Jason Sklar, Randy Sklar, Daniel Van Kirk, and a guest all riff on stories on dumb people doing dumb things that make the news like they have for hundreds episode, but just under the new and more appropriate moniker, Dumb People Town.

Their first episode with guest Nick Thune is up at Feral Audio now and has, as you might have grown accustomed to, plenty of top shelf riffing. 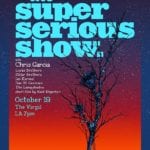 Tickets are $7 online and $10 at door. Get your tickets in advance here. 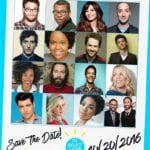 While it’s a pretty bold statement to call something The Biggest Show, this benefit for Young Storytellers might actually get into some superlative territory.

Proceeds go to Young Storytellers, which is a non-profit that connects film and TV professionals with public school students in order to foster their own short screenplay.

The Biggest Show 2016 is set for next week on Thursday, October 20th at 8PM at The Novo DTLA in LA Live. Tickets for standing room are available for $25 and you can (and should) get them here. 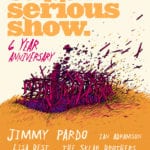 Martin Short, Maria Bamford, Ron Funches, and James Adomian are just the tip of the tip of the iceberg in next year’s Moontower Comedy & Oddity Festival, taking place from Apr. 20th-23rd.

The tip of that line-up includes:

You can get early bird passes ranging from $99-$499 right now and we’re going to guess that they’re not going to be around for long.

March 16, 2015
Uncategorized
how to, pbs, pbs digital, sklar brothers, you're doing it wrong

We’ll gladly learn what we are doing wrong our everyday lives and how we can make it better, especially if the lessons are coming The Sklar Brothers.

The wonderful Sklar Brothers will be doing 20 episodes of “You’re Doing It Wrong” on PBS Digital that investigates everyday activities and how most of us are just doing it, per the title, all wrong and taking it all for granted.

The Sklar Brothers’ Lastest Special “What Are We Talking About?” Is Now on Netflix

The Sklar Brothers’ Lastest Special “What Are We Talking About?” Is Now on Netflix

Really, it’s been too long since The Sklar Brothers last hour of stand-up, which was the awesome comedy album Hendersons and Daughters.

Luckily, their latest hour special “What Are We Talking About?” is now on Netflix. We highly suggest you go watch it now, even if you’re in the middle of your own Netflix queue.

Set List, the improvised stand-up show, is difficult enough to do as a single comedian as you have to try to find the comedic thread in the moment on stage.

If you had to do that as well as try to follow someone else’s comedic thread too, to pull it off is a feat of mental gymnastics.

Well, watch The Sklar Brothers do just that from a performance on Set List a few months ago.

The Grawlix Release “Best of Grawlix 2013” Compilation Album for Free 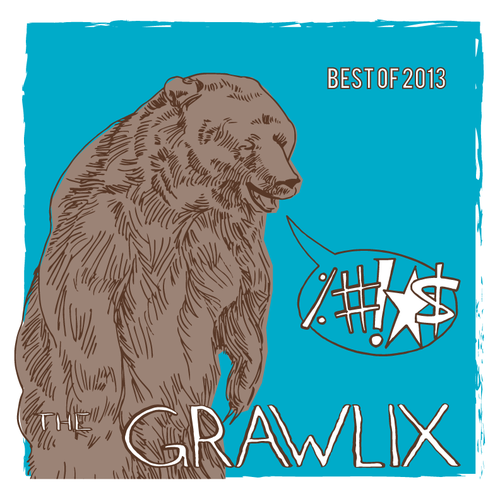 The Grawlix, one of Denver’s best comedy shows, just celebrated their 3 year anniversary and, in honor of that, put out a compilation album Best of the Grawlix 2013.

Not only does it feature the great comedic stylings of The Grawlix themselves (Adam Cayton-Holland, Ben Roy, and Andrew Orvedahl), but also features performances from other people you probably love like TJ Miller, The Sklar Brothers, Brent Weinbach, Jonah Ray, Beth Stelling, Chris Garcia, John Roy, and more.

As if that wasn’t enough, this album is also free to download meaning you can legally download it for free instead of doing it the shady way. So, get to listening to The Best of The Grawlix 2013 right now.

1) The Sklar Brothers on Conan. Please buy “Hendersons & Daughters” not because it’s #1 on iTunes, but because it’s damn hilarious.

2) Here’s an explanation on how to get listed on Witstream. It’s odd how close this is to getting passed a comedy club.

3) Kumail Nanjiani “teaches” a little girl how to play Marvel vs. Capcom 2.

4) Paul F. Tompkins’ Dead Authors is going to be a podcast!!! (and this twitpic is proof enough, right?)

5) The Laughter Against the Machine Tour starts off their tour by missing their plane while waiting at the actual departure gate. Oddly enough, we also kept forgetting to post this…

6) “If there were a late-night comedy show completely run by comedy writers, without any interference from a host, producer, or network, that show would probably be called The Darkest and Most Impossibly Horrible Things You Can Imagine, Presented as Comedy. Every sketch would end with a gunshot or an infant’s stroller engulfed in flames, and the show would be canceled halfway through its opening titles. That’s because most comedy writers are so inured by humor that only the most shockingly toxic ideas can achieve the proper velocity to penetrate their indifference.”

Oh, if only the key dems that networks and studios go for just upped their sophistication in humor so such a scenario could happen.

7) Soon, there will be a term “Whitney apologist”…

8) Will Ferrell will be the next recipient of the Mark Twain Prize for American Humor. One can’t help but ponder Twain’s thoughts on “the Landlord” and its reflection on the American renter.

11) If you’re a comic and you’re JUST going up at open mics/shows and NOT watching comedy, I guarantee you that the majority of your material has probably been done.

2) A few days ago, I posted that I was disappointed that the @RealGallagher Twitter account was fake as it included tweets that were horribly homophobic, racist, and reactionary.  Yesterday, I read this article about a recent performance of Gallagher and, to my bittersweet delight, those tweets weren’t too far off.

4) Are you tired of hearing a comedian’s WHOLE set and just want to hear their brilliant closer?  Of course you’re not, but “That’s the Light” is a showcase of many of LA’s best doing exactly that.  Telling their best ending joke will be: Lizzy Cooperman, Matt Champagne, Sean Green, Raj Desai, Erica Doering, Robert Yasumura, Troy Conrad, Jan Davidson, and more!  Also, they’re being judged by none other than Taylor Negron, Barry Sobel, and Larry Joe Campbell as this is part of a series with the Los Angeles Comedy Festival. 10:30PM $10 at the Asylum Theatre in Hollywood (6320 Santa Monica Blvd.) E-mail tickets@lacomedyfest.com for reservations.  Don’t miss it.

6) In the same fervent spirit as myself, though much more far reaching, Kristy Mangel has her amazing, fantastic, in-depth, enlightening comedy magazine RE: COM available for digital download for $2.  Marc Maron’s on the cover, so at least click on the link, will you?

10) Miley Cyrus is hosting SNL. Perhaps, I should just invent a time machine to go back to the seventies where I belong.