By The Way, You Should Still Be Watching Channel 101

By The Way, You Should Still Be Watching Channel 101

Our last post pointed to Channel 101 being the flashpoint for Rick and Morty.

That was years and years ago, but Channel 101 is still going strong, creating some of the most innovative, independent, experimental short form TV out there.

Also, all of Channel 101 is archived for you to go down a deep, deep, weird, wondrous rabbit hole. 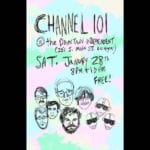 It’s some of the most fiercely independent TV made anywhere and, as always, voted on and renewed directly by the people watching it.

So, make sure to catch the first batch of Channel 101 this Saturday. More details here. 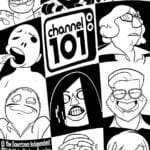 The short form TV institution known as Channel 101 is finally back with its latest edition and, as always, it’s free to attend. Get more details here. 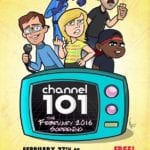 Full LA comedy show and open mic listings along with accompanying maps are embedded at www.thecomedybureau.com

The era of parody police procedurals has seem to come to an end at Channel 101. However, there’s still plenty of absurdly great stuff like another episode of Kill The Baby.

Channel 101 was, until recently, dominated by such shows as Car Jumper, Fishbowls Are Definitely My Thing, and Skateboard Cop. Now, a new crop of shows which range from a new version of Toy Story to “self-ending” to making fun of all those millennials who do first person advice videos fill up the primetime line-up at Dan Harmon and Rob Schrab’s Channel 101.

Catch up/get acquainted/watch it all here.