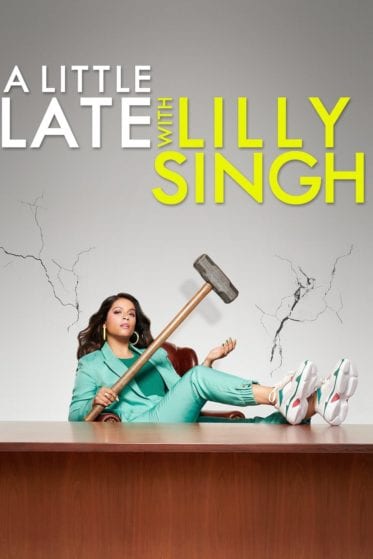 This is only one of many amazing Sean O’Connor high school tales and we’re thankful that he’s doing stand-up so we can hear all of them.

This latest story from This Is Not Happening with Ari Shaffir shows the sort trouble that O’Connor would get into merely from doing a routine dissection in a Biology class. Apparently, it’s the sort of trouble that comes with examining whether this is going to form a pattern of sociopathic behavior.

At the beginning of the year, we reported that the very funny Sean O’Connor and Ian Karmel were brought on board to write for the new Late Late Show hosted by James Corden.

As their premiere is less than a month away, they’ve filled the rest of their writing staff.

So, the writers of The Late Late Show with James Corden are:

So, this bunch makes for a good, wide mix along with Corden and Reggie Watts that has us even more enticed for their debut.

Comedy Central’s digital arm CC:Studios has been on a streak and with the announcement of their latest development slate, it seems like they will definitely continue said streak.

The premises of Braunger being the last white guy in LA, a Vine celebrity attempting to adapt his videos into a book from Sean O’Connor, Fulcher as a high school teacher, David Angelo being David Angelo, and more of Broken People are all things we’re on board for.

I will do anything that @IanKarmel does. That’s why, I am writing for the new Late Late Show with James Corden.

This week has seen a lot of exciting developments for the upcoming Late Late Show with James Corden. The veteran producing team is set to perform and the amazing Reggie Watts is going to by Corden’s side as bandleader.

Additionally, the writing staff, so far, will have Sean O’Connor whose written at at Sports Show with Norm MacDonald, The ESPYs, and MTV Video Music Awards and Ian Karmel whose written at Chelsea Lately at its table. Both are also pretty damn funny stand-up comedians. With those two and probably more fine comedy folks to be announced, Corden’s era of The Late Late Show looks is going to have a nice kickoff.

The imprint label of Literally Figurative Records launched by Jonah Ray with AST Records is on its way forward with its first taping and it should be a doozy.

Not only is this first taping going to be the announced series of 7", but it will be recorded live at one of the most popular living rooms in the LA comedy scene, The Comedy Living Room.

Tues. Nov. 11th, Sean O Connor, Paige Weldon, Kyle Clark, Alex Hooper, Rhea Butcher, Matt Mira, and Jim Hamilton will get to lay their jokes down on vinyl and you can catch this moment in comedy history and what promises to be an overall great night of comedy for free.

Just make sure you RSVP to Literally Figurative Galaxy of Stars; A Live Album Recording.

A Special Thing Records is having quite the day today as they’re dropping three releases from three great comedians.

Dan St. Germain’s Bad at the Good Times, Sean O’Connor’s James Dean Type, and Max Silvestri’s King Piglet are all coming from AST’s record label and we highly suggest that you pick them all up (comedy does come in threes, right?), take the rest of the day off, and enjoy hours of comedy album goodness.

Sean O’Connor is one of the comedians that the LA comedy scene gets spoiled with because he’s so damn funny and happens to live here. Thus, we get to see him be so damn funny a lot, but, the rest of you will hear more from Sean, especially those in attendance at his upcoming album taping at The Comedy Attic in Bloomington, Indiana.

The Boogie-Woogie Google Boys is a brand new podcast from the very funny Sean O’Connor and Zach Sims where they Google the name of their guests and discuss what comes up in the fraction of a second it takes for it to come up. While most comedians do dominated their own name on Google, there’s a lot of fun, weird, bizarre stuff when you get to pages 2 or 3 or further.

The first episode is with the amazing Emily Heller and should check it out/give it a listen.