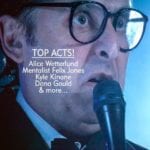 One of (if not) the longest running comedy residencies in LA, Neil Hamburger LIVE is back for July 2018 and has a doozy of a line-up.

Don’t miss making your Tuesday night next week filled with NSFW jokes about musicians, mentalism, and the likes of Gould, Kinane, and Wetterlund. 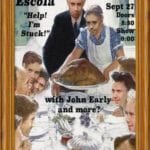 NYC’s Cole Escola, who you should have seen on Difficult People, is returning to LA for a one night only performance of his showcase of his plethora of characters from “the fringes of coherence and social acceptability”. Also, if you need more convincing, the one and only John Early will be a special guest.

Tickets for Cole Escola “Help, I’m Stuck” are $8 and you can (and really should) get them here. 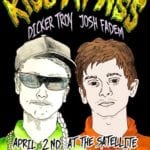 Few explore the frontiers of silliness quite like Josh Fadem and Dicker Troy (Johnny Pemberton) and we think you would really regret any time the duo got together and reveled in their next level tomfoolery.

So, with that in mind, get tickets to their next show, this Sunday at The Satellite with guests Eddie Pepitone, Nick Vatterott, Mike Lawrence, and Kate Berlant. They are $8 and you can (and really should) get them here. 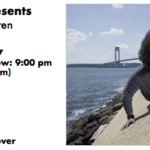 Reggie Watts and his Late Late Show band Karen return for their first show of 2017 tomorrow at The Satellite. Per usual, it’ll be an amazing night of unbelievable music and Reggie riffing, vamping, etc.

Soon, You Might Just Get to Watch BoJack Horseman, Transparent, Casual, Veep, Baskets, Bob’s Burgers,  Crazy Ex-Girlfriend, and More All Through the Same Set Top Box

If FCC Chairman Tom Wheeler’s proposal goes through, you won’t have to have different set ups for your streaming services and your cable subscriptions.

This was bound to happen at some point and we’re glad to see that there’s some initiative on Wheeler’s part to make watching TV from your TV and from the Internet equally accessible.

Like the headlines suggests, you’ll be able to watch all the award winning comedy from the reaches of HBO, FX, and The CW as well as those from Netflix and Amazon.

If you thought TV has been shaken up already, this move might be the biggest shake yet.