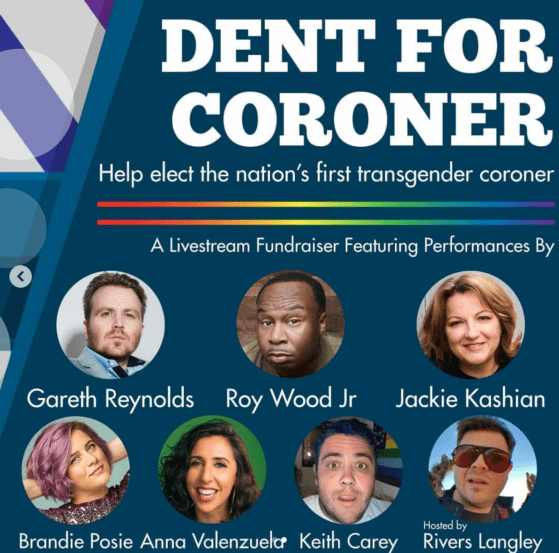 So much of the upcoming election isn’t only just about getting ousting Trump as POTUS and having to deal with Biden as a result. So many state and local elections that often have a greater effect on the lives of individuals than what happens at the federal level are very crucial in this  election too.

That’s why the likes of a top notch comedy showcase including Roy Wood Jr., Gareth Reynolds, Jackie Kashian, Brandie Posey, Anna Valenzuela, Keith Carey, and Rivers Langley are putting on a live-streamed comedy fundraiser for one Ian Dent and his campaign to become the first transgender coroner in the U.S. Dent is specifically running for County Coroner in Indiana and it’s the sort of change that the U.S. needs on all levels right now.

The fine folks over at Hold The Phone are hosting this event this Saturday at 5PM PT/8PM ET accepting donations throughout the show. Tune in at holdthephone.tv . 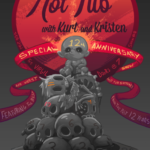 Arguably, Hot Tub with Kurt and Kristen is one of the best comedy shows in the country, maybe even the world. It has become a staple in both LA and NYC that’s pretty much sold to capacity every week well over a whole decade.

This 12th Anniversary of Hot Tub that’s happening tomorrow is actually sold out, but there will be a small number of tickets available at the door. Both Kurt and Kristen will do some of their classic sketches in addition to the killer line-up that they always have.

This Monday night, February 20th, doors will be open at 7PM at The Virgil (we’re guessing some might be lining up well before that), tickets will be at $8 at the door, and the show will start at 8PM.