A few years ago, we were at The Paul F. Tompkins Show at Largo and, in the middle of the show, Paul mysteriously got a call that he “had” to take. The stage was empty for a few seconds, but out of the corner of our eye, we caught the glow of lantern coming from behind us, walking through the aisle.

That lantern was carried by none other than the towering sad clown that is Puddles Pity Party, who then took the stage with several vintage trunks that were part of an ingenious bit and sang beautifully. It was enthralling, funny, and all kind of unbelievable simultaneously.

Naturally, we’re glad that Vegas will be giving him a residency at Cleopatra’s Barge at Caesar’s Palace from Jan. 17th-Feb 9th next year, so many more rows of people can hopefully be witness to the magic and charm of Puddles Pity Party.

It’s becoming an ever more popular trend for big music festivals to have a comedy portion.

The Kaaboo in Del Mar, CA (just north of San Diego) is just doing that with a pretty fantastic, star studded comedy line-up. They’ve even recruited the delightful Taylor Williamson to put together a local comedy showcase.

If you’re in, around, or near Del Mar, you shouldn’t miss this. Get more details and tickets here. 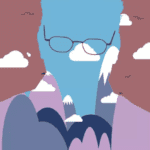 Really, this performance of Space Oddity at Paul F. Tompkins’ Varietopia nearly 2 years ago is just perfect for today. Equal parts great in execution and fun for the wide range of performers on stage, it’s something you should probably just watch and listen to over and over for awhile.

If you’re in or around Seattle, WA on Labor Day Weekend, specifically Sept. 5th-7th, we’re guessing that a good portion of you are already going to Bumbershoot. If so, be sure to catch the comedy portion of the festival that has always had a solid line-up of both great talent from across the country as well as in the Pacific Northwest.

Just check the line-up above or watch Puddles Pity Party announce it here.

If you’re not going to the festival while around Seattle around that weekend, we suggest getting your tickets and going.