In Typical Wes Anderson Fashion, The First Poster for His Animated Dog Movie “Isle of Dogs” Is Charming as Can Be

Next year’s 4/20 might just be a little less about weed and a little more about the color and symmetry coordinated charm of Wes Anderson’s latest work, Isle of Dogs.

The first poster is a pretty strong indication, in our opinion, that’ll happen.

All of you with photoshop skills don’t have to imagine what the next era of Late Night at NBC hosted by Seth Meyers will look like around on billboards, banner ads, bus ads, and more across the country ramping up to the transition in February.

EW has the exclusive first poster for Late Night with Seth Meyers. 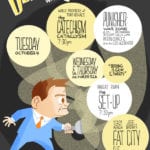 You can now order it and other posters I’ve designed for him right HERE!

We’re normally not a big fan of film Q&A’s, but we’ll make an exception for Patton Oswalt. 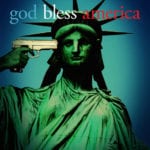 Well that’s making a statement. Timing could have been better though.

There is absolutely no reason you shouldn’t be excited for a new Bobcat Goldthwait movie!