SAG-AFTRA Puts “Comedians of L.A.” and “Living With Funny” on ‘Do Not Work’ List

Another couple of comedy reality series, like Last Comic Standing on NBC and Laughs on Fox,  are clashing with unions yet again.

SAG-AFTRA has found that upcoming series Esquire Network’s Comedians of L.A. and Oxygen’s Living With Funny are not up to meet SAG-AFTRA’s minimum basic agreement and thus have barred SAG-AFTRA members from working on either show.

Why this is a recurring problem with comedy reality series might have something to do with some production companies trying to pinch every penny possible when making these types of shows. While comedy can certainly be done on the cheap, in many situations, putting more into the budget could go a long way for series that’s already entering the crowded fields of comedy and reality.

Hopefully, a resolution can come soon and this won’t continue as a trend.

Tonight, Oxygen is dipping their toe back, albeit with a tinge of reality television, into original comedy programming with Funny Girls.

Oxygen’s Funny Girls will follow the lives of comedians Scout Durwood, Calise Hawkins, Yamaneika Saunders, Nicole Aimee Schreiber, Stephanie Simbari, and Ester Steinberg in showing what it’s like coming up in the world of stand-up comedy these days.

Here’s a preview of what’s to come in case you aren’t well acquainted with how hard to do comedy in severely crowded field that it is.

Check out the premiere tonight at 9PM on Oxygen.

The show follows them around semi-reality style through the highs and lows of being a comedian that’s hustling to make it big while also including plenty of bits of actual stand-up. 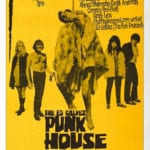