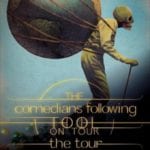 Please Get and Enjoy Nick Youssef’s Latest, “White Hot Fire 3: Into the Gray”

The idea of recording an hour of comedy has greatly evolved over last handful of years, whether it be a special or an album. Nick Youssef has opted to take a more personal, more raw take on it by recording and releasing material more frequently at ease in the form of EPs under the title “White Hot Fire”.

White Hot Fire 3: Into the Gray represents the third in this series that really has a feel of a comedy bootleg, so to speak. As such, you get a real satisfyingly gritty performance full of asides and riffs and crowd work to the point where you kind of feel immersed in Youssef’s detailed, colorful observations. Also, Nick gets real into the thick of his own psyche, warts and all, and digs up some real gems. On top of all of that, Nick is so good, as always, at weaving together his material pretty seamlessly that makes the record run so smoothly.

White Hot Fire 3: Into the Gray dropped this week and is available on Apple Music, Spotify, or wherever you listen to comedy albums.

Nick Youssef has just come out with his follow up to his solid debut album Stop Not Owning This, 1982 (a riff on Taylor Swift’s album title “1989″ perhaps?).

For this hour, Youssef examines making it out of his 20s into his 30s. It’s well trodden territory for comedy, but Nick delivers it effortlessly with such painstaking, colorful detail that it does stand out from the pack. He also balances poking fun at millennials and those even younger for all their shortcomings as well as throwing himself under the bus as a pretentious coffee addict. From start to finish, 1982 flows together so well almost like you just watched a “slice-of-life” indie flick of Youssef’s life these days.

You may have a whole bevy of insults at the ready when it comes to shouting down those folks that are will to spend $5+ on a single cup of coffee.

However, leave it to those coffee addicts like Nick Youssef to really describe exactly how ridiculous drinking their joe at high falutin coffee shops really is.

FYI, it’s a track off his forthcoming album 1982 that’s set to release next week on May 27th from AST Records.You can (and should) pre-order it here.

All Things Comedy Records is on to their next release with Nick Youssef, very funny comedian and co-host of the Occasionally Awesome podcast, and his new comedy album Stop Not Owning This, It’s set to come out Aug. 5th, but you can pre-order it now on iTunes.

In the interest of keeping All Things Comedy hot streak going from Jackie Kashian’s This Will Make an Excellent Horcrux and also taking the suggestion of Nick’s album title, we think you should indeed pre-order/buy this album. 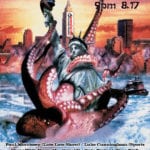 Here’s quite the interview with one of the sharpest comics in LA and at the Comedy Store, Nick Youssef and one of the funniest heckler stories I’ve heard in some time.