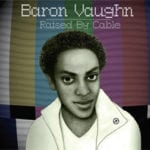 Though his official album release isn’t until Thursday at the Nerdist Theater with Margaret Cho, Jonah Ray, and more, Baron Vaughn’s “Raised by Cable” is available for purchase now!

The Imaginary Radio Program Should Take Over the Actual Radio

Ever hate what’s broadcast on terrestrial radio these days?

Did you know that terrestrial radio even existed still?

Did you ever just enjoy switching between the radio stations on Grand Theft Auto?

Do you live anywhere near the LA area and need to see something both hilarious and groundbreaking?

Whatever your answers to these questions were, every single one of you reading this should just go and see Drennon Davis’ rehashing of what radio should be, the Imaginary Radio Program as quickly as you can touch the dial on your car radio, which you probably never use anymore.

The Imaginary Radio Program, as a live comedy show, not only lives up to its name, but exceeds expectation in what you could possibly think it is.  Producer and host, Drennon Davis takes the audience on a journey through airwaves of his own brilliant comedic mind via innovative beatboxing/singing and a whole host of characters, voices, and impressions.  At a given moment, one can be getting into heavy metal song that Drennon samples all from his own voice and efforts, then witness the channel “change” to talk radio of someone who just can’t stop talking about how much they love their cats to a channel that plays every Red Hot Chili Peppers song ever.  Despite the interrupting various “radio programs”, Drennon’s highly seasoned skills as a performer both comedically and musically allow for the live show to appear seamless.

Here’s a solo version of the Imaginary Radio Program done at the Meltdown Show a few weeks ago.

As if Davis’ beatboxing a ZZ Top song then turning the dial to the Mexican Hat Dance to Aboriginal music wasn’t amazing enough, the Imaginary Radio Program also includes some of the best comedians, not only in LA, but some of the funniest people working today. Already, Brent Weinbach (Lopez Tonight), Moshe Kasher (John Oliver’s NY Stand-Up Show), and Aisha Tyler (Archer) have been worked into a few of the hilarious “stations” during the show.  For the next edition of the program, Davis has enlisted the help of none other than the fantastic and amazing Maria Bamford, who has entire cadre of wildly original and hysterical characters to make for a whole separate edition of the Imaginary Radio.

With a stellar line-up of comedians as mentioned, the more amazing thing to watch is to see them in a whole different element outside of stand-up or sketch or anything that you’ve really seen before.  Though having just started it’s run here in LA, it’s one of those comedy shows that push the art form of comedy to places where laughs happen at the most wonderfully unexpected times and places. That’s why we think it should take the place of what’s actually on the real airwaves.

1) Watch comedic brilliance by Jon Dore & Rory Scovel on Conan. Oh yeah, they might do the same thing at Meltdown Comics on August 11th.

Hot House, which normally hosts a fantastic “secret” comedy show, is putting the 3rd Annual Hot House High School Talent Show.  Already, it’s half booked, but if you’re interested, the show is on Thurs. July 21st 8PM and they’re looking to book all types of variety/comedy/character acts of varying lengths – but – no stand up (unless it is part of a larger character piece).

The basic theme of the night is the show takes place in a High School Auditorium hosted by the Vice Principal of Affairs.  Talent must decide up front whether to play a Student or an Administrator. And all acts should be between thirty seconds to three minutes (five if there is a real need) And let us know the general concept beforehand.

Nothing is too small or too stupid.  Please email mariecolette24@gmail.com if interested.

3) So Café Muse, to those comedians that put up with its open mic or shows, is now gone.  No more comedy will take place within its walls despite it being next door to the Comedy Central Stages.  We’re frankly surprised that it lasted this long as every time we’ve been there something along the lines of a frustrated white kid in his late 20’s would ask anyone who was black to be his black friend 5 minutes over the light would happen.

4) Don’t follow @MitziShore.  It’s not her.  Besides, gaining favor with her and an audition to be passed at the Comedy Store is a whole lot harder than just getting a fake account of her to follow you on Twitter.

11) I tried defending Tree of Life to my sister and mother who sat through it with me and the best I could come up with was, “Well, it’s best if you don’t try to figure it out.”  Now, if I only could write jokes that work like that.

1) Louis CK dropping in at the Frolic Show.  You’ve got to wonder if he’ll come up with a bit about trendy Asian Restaurants after this.

2) The LA Improv Comedy Festival @ iO West starts today! (Yes, we reported yesterday that said festival would start today, but many people, when not reminded, think, “I remember that was supposed to start some time this month.” We’d like to try to avoid this for such events)

5) Why you never miss the monthly sketch barrage known as the Midnight Show at UCB Theatre [via LiezlWasHere].

What Happens When You Lose at “Shoot Now, Ask Questions Later”

10) A kid asked me yesterday, “Does being a comedian pay well?”  Oh, the things that little one will have to learn…

2) Plop List-a brand new website dedicated to wrangling the best in comedy podcasting thanks to our friend Joel Mandelkorn.

3) The last chance to vote for the Scoomies-a comedy awards ceremony recognizing the best of people who were the best in the hometown and decided to come to LA to make it and are on their way up.

4) The beginnings/makings/refurbishings of the Nerdist Theatre, one of my favorite places to watch live comedy.

9) If you perform comedy, you can be very happy. EX. Paul Jay marrying Jen Goldberg

NOTE: Tip of the Hat Article coming today as last night the office wi-fi was down (i.e. Starbucks and any other coffee shop was closed)