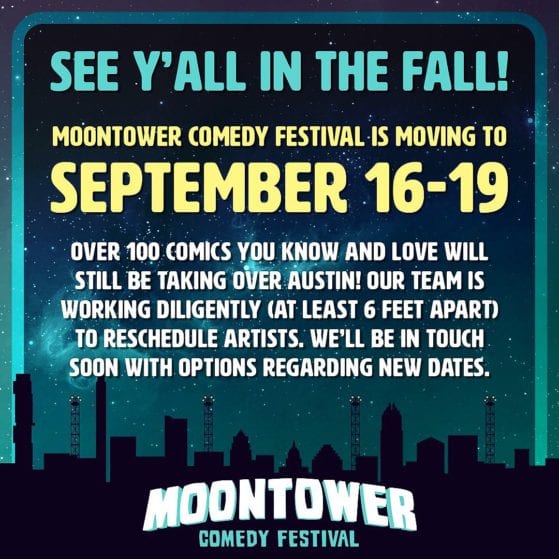 If you know anything about Austin’s Moontower Comedy Festival, it’s that they have plethoras of wondrous comedians.

Announcing Tiffany Haddish, Weird Al Yankovic, and Mike Birbiglia first on what is sure to be a massively stacked line-up ought to peak your interest.

If so, take advantage of Warrior and Satellite Badges early bird prices of $199 and $99 respectively. 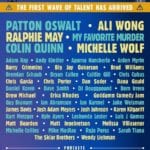 Martin Short, Maria Bamford, Ron Funches, and James Adomian are just the tip of the tip of the iceberg in next year’s Moontower Comedy & Oddity Festival, taking place from Apr. 20th-23rd.

The tip of that line-up includes:

You can get early bird passes ranging from $99-$499 right now and we’re going to guess that they’re not going to be around for long.

Austin’s Moontower Comedy Festival just announced their line-up for this year and it’s indeed, as we said above, pretty damn amazing. Do they have Christmas in April nowadays because having Patton Oswalt, TJ Miller, Emo Philips, Tim Minchin, Bridget Everett, John Mulaney, Hasan Minhaj, Byron Bowers, and Eddie Pepitone just to brush the surface is a wish list come true.

Moontower goes from Wed. Apr. 22nd- Sun. Apr. 25th and you can an special early bird discounted badge for $99 right now. You should be clicking over to get that deal right now, so you don’t miss out on this.

From Wednesday to Saturday, Austin gets a whole festival worth of comedy with the start of The Moontower Comedy & Oddity Festival. The line-ups amazing, per usual, and, if you’re somehow following this blog in, around, near, or headed towards Austin, TX, you should get some passes ASAP.