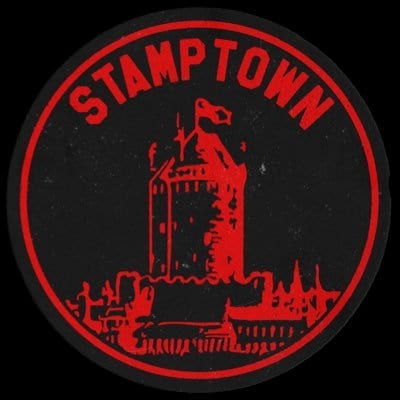 Before lockdown, you may have not gotten a chance to catch the madcap variety show that is Stamptown hosted by one of its fearless leader Zach Zucker, but you damn well better not miss your chance this time around. It’s a wild round-up of comedians from every corner of comedy, though it definitely leans in to comedy’s more chaotic, alternative edges.

Follow them @stamptown on IG for further updates on shows as they sell out pretty quick. 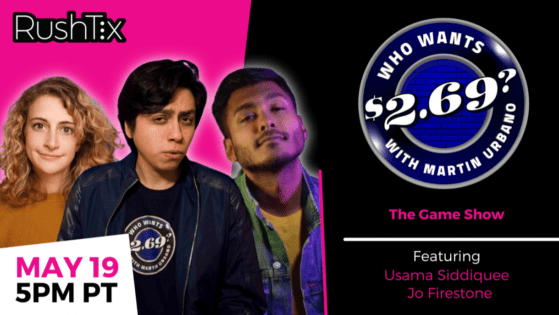 Well past a year of this pandemic, Who Wants $2.69 with Martin Urbano remains one of the absolute best game shows to come out through this whole time, virtual or otherwise. Urbano’s deft and satirically clever hosting and questioning is so damn fun to watch as is any of the guests ponder/squirm/etc. in order to win $2.69.

As they’ve done dozens and dozens of editions of Who Wants $2.69 with Martin Urbano, there are favorite competitors and, as such, they’re going to do a “best of” round for a special night at RushTix. Urbano will be joined by the hysterical Usama Siddiquee and Jo Firestone and, possibly, you (if you’re up for the challenge). 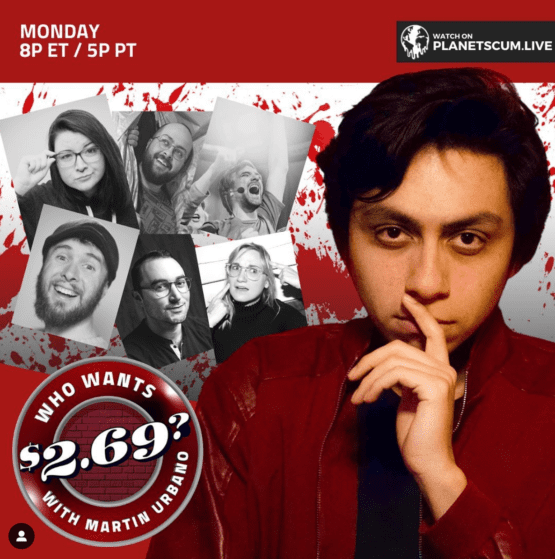 Martin Urbano has been at the helm of the best game show in the live-stream era of comedy, Who Wants $2.69. The very timely and sharply written trivia and the novel prize of $2.69 has been keeping us and plenty of other folks get through another hour of lockdown wherever we are.

Urbano took a hiatus over the last month, which, among so many other things, has made so much of March very, very hard to get through. Yet, fret not, as the second season of Who Wants $2.69 is on the horizon, specifically this coming Monday at 5PM PT/8PM ET at its home, Planet Scum.

Whether you’re a loyal follower of the best game show in virtual comedy or not, you should get ready for this Monday, which is set to be a “surprise bloodbath” edition of Who Wants $2.69.

Chris Gethard’s virtual comedy network Planet Scum has added a brand new show to their weekly rotation. They now have a game show with the oh-so subversively clever Martin Urbano. Even in the name of the show, you can see how mischievous Urbano is as he’s calling it Who Wants $2.69?.

It’s a trivia show that Urbano will have comedy folks on as guests, but you can play along with the show from wherever you watching. Martin has always been so stellar with misdirection and wordplay in his comedy and that definitely figures into the trivia in Who Wants $2.69? that he’s personally come up with.

So, tune in and get into what will likely be one of the rambunctious trivia live-streams on the Internet on Mondays at planetscum.live at 5PM ET/8PM ET.

The aforementioned Kelsey Caine, Daniel Webb, Maggie Maye, and Martin Urbano make up for one hell of a line-up of comedians that, honestly, should already be known in every corner of this country.

Fortunately, they’ll be touring a good portion of the U.S. starting this February 12th at Austin, TX’s North Door. If you’re in or around Austin, Houston, Chicago, Denver, Boulder, Seattle, and Los Angeles, we highly urge you to catch this Comedy Royalty tour at any of those stops.

If you need an unfettered dose of silly (that’s kinda meant for adults), you might want to get on board with Martin Urbano.

Just see for yourself on his very first late night set on Jimmy Kimmel Live from last night.