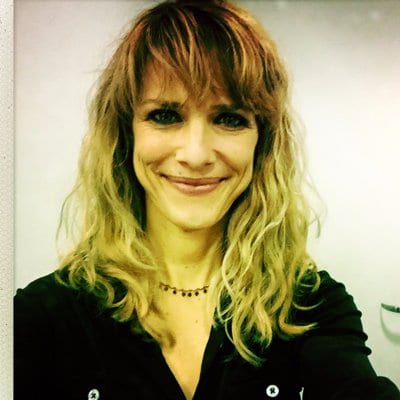 Today, beloved writer/director Lynn Shelton passed away at the age of 54 due to a blood disorder.

Shelton was a singular voice in cinema that helped push the blending and bending of comedy and drama into what is often referred to as dramedy and highlighting the subgenre of mumblecore. Whether it be Your Sister’s Sister or Humpday, Lynn’s film have quite a subtle, magical touch that invite you in and end up dazzling you with something complex and beautiful and funny and so many other emotional colors.

Walking out of the theater (such a fond type of experience to remember) after watching Your Sister’s Sister, we left in awe and in the best sort of disbelief as we walked out of the theater. At 54, we can only imagine that Shelton plenty of stories left in her back pocket to make into more cinematic gems.

Please add Shelton’s filmography to your ongoing binge list that you’re undoubtedly burning through while in quarantine.

Also, Marc Maron was Shelton’s boyfriend and they were quarantined together in his home up until her passing. There’s a special episode of WTF with Marc Maron that replays her original WTF episode with a deep heartfelt tribute to Lynn from Marc. It’s emotional from the get go, FYI.

Marc pays loving tribute to Lynn Shelton and re-plays their first conversation on today's episode. Thank you to everyone for the love and support. (pic from August 3, 2015)https://t.co/FoHufZYkyL pic.twitter.com/eNiuuOhvsm

HBO has comedy about a family covered in LA. Now, they’re on to Seattle.

Lynn Shelton, director of Your Sister’s Sister and Laggies, is developing HBO’s latest comedy project that is taking an anthology angle by exploring the inner workings of different Seattle families and the comedy that lies therein.

If picked up, it should actually pair quite well with HBO’s Togetherness.