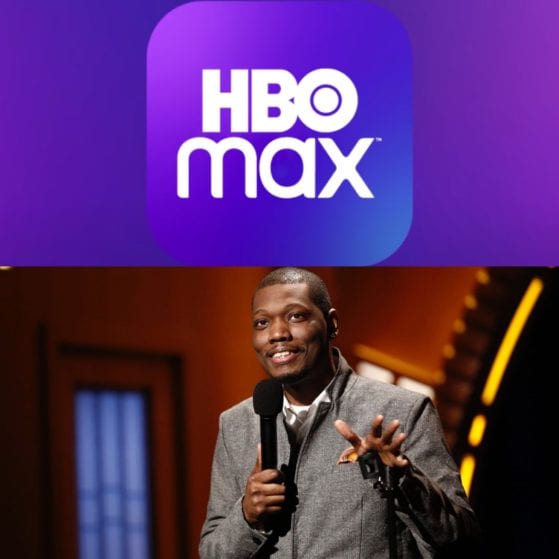 Jerry Seinfeld, some very fancy and/or unusual cars, and John Oliver, Jim Gaffigan, Margaret Cho, JB Smoove, Lorne Michaels, Judd Apatow are the latest group to get coffee and show off what hanging out as very successful people in comedy is like in season 8 of Comedians in Cars Getting Coffee.

Catch a glimpse of it in this trailer, then look for new episodes to start streaming next week Thursday, June 16th.

Lorne Michaels Biography Is in the Works

No matter how you feel about SNL these days, Lorne Michaels changed comedy forever and definitely needs a book written just about him.

While there are plenty of books that give the back story and ins and outs of SNL, there isn’t really a proper, in-depth biography of Michaels who not only is the driving force behind SNL, but also Kids in the Hall, Late Night, and more as well as an entire generation of comedy whose effects will be felt for many years to come.

A biography on Lorne Michaels has finally been set to be written by The New Yorker’s Susan Morrison and published by Random House.

Whenever it comes out, we’re sure it’ll feature plenty of stories that have yet to be told in full on comedy podcasts.

Here’s The First Trailer For “I Am Chris Farley” Documentary

Many comedians that already built a bright career and also had a stellar future ahead of them were taken away from us all and the art form of comedy way too early.

One of those that was taken tragically way too early was one Chris Farley, who you probably still remember fondly from Saturday Night Live, Beverly Hills Ninja, and more.

The documentary I Am Chris Farley takes a look at the far too short lived life of Farley with interviews with Bob Odenkirk, Lorne Michaels, Adam Sandler, David Spade, and many more.

Watch the trailer here and look for its theatrical realase on July 31st.

The lives behind musicians and music moguls seem to be the order of the day.

Lorne Michaels has lent his name successfully as a producer to the music biz comedy Brothers in Atlanta that follows Diallo Riddle and Bashir Salahuddin try to make it in various disciplines of music in Atlanta.

There’s clearly a trend here as FX already has Sex&Drugs&Rock&Roll ordered to series and the undeniable beast of a series that is Empire set numerous records in its freshman season.

The addition of Brothers in Atlanta also makes for an interesting quilt of HBO’s comedy line-up as HBO will now have comedies poking fun at Washington D.C., Silicon Valley, and now Atlanta.

Now, all of this has us wondering what’s going on with Donald Glover’s similar sounding series ordered as a pilot at FX.

Alongside Kanye West and Hillary Clinton, John Oliver, Lorne Michaels, Amy Schumer, and Jill Soloway are on Time’s annual list the 100 Most Influential People around the world.

Like this morning’s announcement for the Peabody Awards (where Last Week Tonight and Inside Amy Schumer also are getting honored), it’s another example where comedy is coming up in the world in a big way.

Bill Hader Recounts One of His Most Nightmarish Moments on SNL

With this being the eve of The SNL 40th Anniversary Special, it’s a perfect time to hear Bill Hader’s story on Letterman about being forced along with Will Forte and host Josh Brolin to do a terrible sketch at the behest of Lorne Michaels in addition to trading Lorne impressions with Dave.

Also, the “fart face” sketch that Hader is describing is conveniently available to accompany his story right here. This sketch is sort of amazing after hearing the story as neither Bill, Will, or Josh get even close to breaking.

IFC Renews Comedy Bang! Bang! For 40 Episodes, Birthday Boys and Orders Two New Series That Have American in The Title

IFC Renews Comedy Bang! Bang! For 40 Episodes, Birthday Boys and Orders Two New Series That Have American in The Title

IFC just unveiled its upcoming programming slate for 2015 and man, it’s a doozy.

They’ve ordered Comedy Bang! Bang! for an unprecedented 40 episodes (for perspective, most broadcast sitcoms get maybe 22 episodes for a full season order), another season of The Birthday Boys, American Storage (Rob Huebel plays a guy who lives at a storage facility by choice), an awards special from College Humor, American Documentary (a mockumentary series from Lorne Michaels), and two half-hour scripted comedies in development entitled Westside and The Bank.

After the wave of criticism of the lack of diversity at SNL, then a sketch making fun of said criticism last year, Lorne Michaels “secretly” auditioned  a group of black female comedians to be cast members.

Yesterday, it was announced that, from that group, Sasheer Zamata will be the newest cast member at Saturday Night Live. We hope that she kills it in her first episode.

The Lorne Michaels and Paul Feig HBO comedy in pilot set in New Jersey will now have Sarah Silverman as well as Topher Grace in the cast.

While the premise of the show isn’t much more defined that a modern take on life these days, specifically in NJ, Paul Feig should make for something really interesting.

Weeks ago, some source leaked out the new cast members of this upcoming season of Saturday Night Live, which was kept at a level of heavily rumored at the time. Kyle Mooney, Beck Bennett, Noel Wells, John Milheiser, and Mike O’Brien were all announced, but not officially by NBC, as joining SNL in the coming weeks. In short, we don’t like things that are just heavy rumors.

Yet, this post at The Hollywood Reporter doesn’t include the phrase “heavily rumored”, so we’re about posting about this news now and can say congratulations to all the new cast members as well as the new full time SNL staff writers Brooks Wheelan, Claire Mulaney, and Michael Che.

Often is the case that certain comedians/actors can steal a movie through their oddball supporting character that is just more wonderfully bizarre than everyone else in the film or are the main source of levity in otherwise tense film.

That’s why you should watch out for Jim Gaffigan just being cast in Lorne Michaels’ Staten Island Summer and Mike Birbiglia in The Fault in Our Stars. We’re sure that they will be one of the most quotable parts of either of those films.

Finally coming together to talk about their seminal characters Wayne and Garth of Wayne’s World at SNL are Mike Myers and Dana Carvey along with Lorne Michaels for this recent panel interview. Not only is this fascinating, but you’ll get to hear the type of notes Lorne gives on sketches such as Wayne’s World.

Cue the special edition DVD box sets and airing Wayne’s World 1 & 2 on multiple cable networks back to back.

Interestingly enough, it would seem that The Peabody Awards, most of which go to documentaries and hard hitting journalists, gave comedy more of a nod than The Oscars did this year.