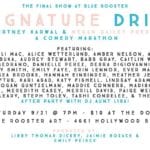 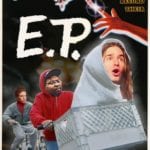 Not only are Daniel Webb, Jamel Johnson, and Logan Guntzelman three comics that make a damn fine line-up of stand-up comedy with their unique styles of charming rapid fire barbs, silly rants, and wry, dark observations respectively, they’re three comics that are about to tape their EPs.

Also, you’ve got to be sold with that flyer, right?

We highly recommend that you be in attendance to see them lay their comedic stylings down on digital wax at the Hollywood Improv at the end of the month. Tickets are $10/2 item min. Go get ‘em here.